What Exactly Is Mild Multiple Sclerosis? 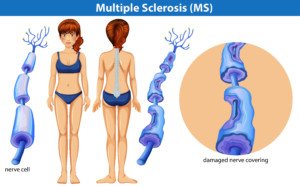 Ever hear of “mild” multiple sclerosis?

Isn’t this life-changing disease supposed to be serious? And can “mild” MS progress to a severe form?

“A term that is used to describe mild MS is benign MS,” says Mitzi J. Williams, MD, clinical neurologist with Morehouse School of Medicine, an MS specialist and clinical advisor for the Multiple Sclerosis Foundation.

“Benign MS is characterized by episodes of relapse followed by complete return to baseline so that people have no neurologic impairment.”

Alternative treatment made the symptoms disappear…or… was it just mild MS that went into remission?

Hmmm, this is very thought provoking. If one has a mild or benign version of multiple sclerosis, sooner or later – by definition – it will go into remission.

If this coincides with the implementation of an alternative treatment, such as a special diet, the patient might believe that the diet subdued the symptoms.

If there’s another flare-up, however, and the patient has been sticking to the alternative treatment, then the treatment was probably not effective – and the remission was just a coincidence.

“There is some debate in the neurologic community about the term benign MS and if this form of MS really exists, meaning that there may be subtle signs of neurologic dysfunction that progress over time,” says Dr. Williams.

“There are some people who have very good outcomes and do have a milder course of disease, but it is difficult to say what percentage of people living with the disease have this outcome.

“There was a British study describing patients with mild MS over decades, and the data was very interesting, but it would be important to look at similar data in other groups of patients to see if the results are replicated.

“It is important to remember that every person with MS is different, and that generally it is a progressive disease, although some cases may result in milder progression than others.”