Can a Person Live to 100 with Chronic Heart Failure? 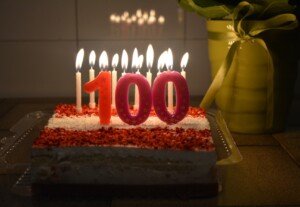 Just how long CAN a person with chronic heart failure live?

First off, not all people with chronic heart failure experience congestion (which causes fluid retention).

This is why doctors now prefer the term chronic rather than congestive. Nevertheless, the potential life span of someone with chronic heart failure is an intriguing topic.

• Can the patient ever make it to 100?
• Or is it impossible for anyone this old to have chronic heart failure?

Well, let’s put it this way. It’s easier to see someone living to 100 whose heart failure began in the early 90s than someone who was diagnosed with this disease in the 70s.

A better question might be: Can a person who’s diagnosed with heart failure at a very elderly age live to a hundred?

“The short answer is probably a guarded ‘yes’ for those who develop symptoms very late in life,” says Roger Mills, MD, cardiologist and former professor of medicine, University of Florida, and author of “240 Beats per Minute. Life with an Unruly Heart.”

What Exactly Is “Heart Failure”?

Dr. Mills explains, “Let me start by saying that heart failure is not a specific disease. Many different types of heart (cardiovascular) disease lead to a final common pathway of heart failure.

“For many patients, coronary heart disease — hardening of the arteries with one or more heart attacks — causes the damage that leads to heart failure.”

Sometimes, an echocardiogram that was done to investigate shortness of breath or difficulty exercising reveals previously unsuspected poor pumping and/or filling action of the cardiac muscle due to undiagnosed coronary disease.

Dr. Mills continues, “But for others, the underlying problem may be high blood pressure, inherited or acquired diseases of the heart muscle called cardiomyopathy, or the results of substance abuse: alcohol, cocaine or other drugs.

“If we look at large numbers of patients from the ADHERE registry [large-scale analysis of HF patients], for example, in 105,388 admissions from 274 hospitals, the mean patient age was 72.4 years, and 52% were women.

“In this group, almost three quarters had high blood pressure, almost 60% had coronary disease and almost half were diabetic.”

The Possibility of Living to 100 with Chronic Heart Failure

The answer to the question of how long a person can live with congestive heart failure becomes trickier the younger they are diagnosed with the condition.

In fact, one has to wonder just how many people over 100 don’t have some degree of heart failure. After all, their hearts have been beating for over a hundred years!

However, a 104-year-old with CHF likely developed it in the middle or upper 90s.

“Chronic heart failure is a serious disease,” says Dr. Mills. “Half of the patients who develop heart failure die within five years of the diagnosis, often unexpectedly.” 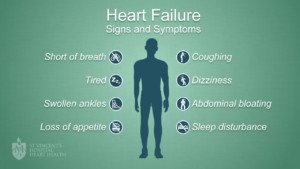 This statistic applies to a 67-year-old as much as to an 82-year-old with this new diagnosis.

By the time the disease is diagnosed, symptoms have often become concerning enough to inspire the person to see a doctor.

There are also people walking around who just have no idea they have heart failure.

They attribute their shortness of breath with physical activity to age, a smoking habit or obesity. They may even mistake the swelling in their legs (if it’s present) for “normal aging” or part of being overweight.

The prognosis — how long the patient will live after the diagnosis of heart failure — is influenced in part by the degree or stage of the condition at the time of diagnosis.

But overall, in general, Dr. Mills says that “Very few live 10 years or more. Of course, patients will fare better if they follow a healthy lifestyle: an appropriate diet, cardiac rehabilitation and avoiding tobacco, alcohol and drugs are critical.

“But once an individual actually has heart failure, lifestyle changes alone will not take care of the problem.”

The condition is managed, not reversed or cured. “Treatment” refers to management with drugs and lifestyle changes such as monitoring sodium intake and restricting the amount of fluid intake.

“Medical treatment can help, but will only be effective if the patient takes his or her medications regularly, on schedule, in the prescribed doses.”

So, want to Live to 100? Prevent Heart Disease – which Includes Heart Failure!

“As with many other problems, prevention is the key,” says Dr. Mills. “We know that certain lifestyle measures will help reduce the risk of heart disease:

“But the time to start prevention is long before the disease is established, and the longer the better. Good health habits should begin early!”

The fact that a very tiny percentage of the population lives to 100 without taking aggressive healthful measures has no correlation to the dramatic effect that good health habits have on the heart.