How Many People with ALS Were Previously Diagnosed with BFS? 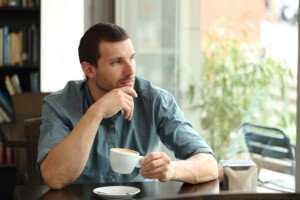 It’s a fact that there are people with ALS who were previously diagnosed with benign fasciculation syndrome.

There is more than one way that this can happen.

• An EMG study yields a false negative result.
• The eventual diagnosis of ALS is not related to a prior EMG missing this disease, but rather, a coincidental development of ALS in a person who just happened to already have BFS.

So with that last point, having BFS does not prevent the development of ALS.

The Data: Cases of ALS Previously Diagnosed As BFS

“There is not a clear percentage of patients who are mistakenly diagnosed with benign fasciculation syndrome,” says Mitzi J. Williams, MD, clinical neurologist with Morehouse School of Medicine and clinical advisor for the Multiple Sclerosis Foundation.

The numerical data does not exist. Nobody knows the following:

• Percentage of people with ALS who were misdiagnosed in the past with BFS.

• Number of people with ALS who by chance had truly developed BFS prior to the devastating diagnosis.

• Number of people who, by crazy chance, just happened to develop both conditions at around the same time.

A thorough medical workup is in order for such symptoms, since new-onset deficits in exercise capacity can also have a cardiovascular or metabolic origin.

“However, an ALS diagnosis requires abnormalities in four different regions of the body as well as an abnormal EMG test,” says Dr. Williams.

“This may take time to progress in some people, so it could be misdiagnosed as benign until symptoms become more widespread.”

This watchful waiting approach is agonizing for those who have new-onset twitching with what seems like local muscle weakness.

But the longer your muscles have been twitching without any progressive weakness, the better things will look for you.

• Clinical weakness is NOT a one-rep-max 225 pound squat one week, and then two weeks later it’s 215.

• Weakness is difficulty operating your car’s pedals, going up or down a staircase, picking up the family cat or holding up a hairdryer.

“EMG for BFS is generally normal except for the presence of fasciculations,” says Dr. Williams.

“There should not be abnormal firing of the nerves at rest with BFS, but this would be seen with ALS.

“If symptoms continue to spread, an EMG can be repeated and may subsequently show the changes more typical of ALS.”

Dr. Williams is author of “MS Made Simple: The Essential Guide to Understanding Your Multiple Sclerosis Diagnosis.” She is a member of the American Academy of Neurology.