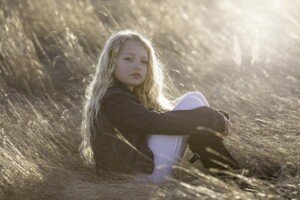 Here’s what to do if your child has a black or grey hard lump inside the mouth on the bottom lip.

When a parent discovers this, the fear of cancer may take center stage.

If the child is older and is aware that oral cancer can present in the form of hard lumps, the child, too, may panic.

“Cancers of the lip and oral cavity in a child are very rare,” says Dr. Lisa Lewis, MD, a board certified pediatrician in Fort Worth, Texas, and author of “Feed the Baby Hummus, Pediatrician-Backed Secrets from Cultures Around the World.”

What can a dark lump inside the bottom lip of a child be?

“The answer to your question would depend on how long the black gray hard lump has been inside the mouth,” says Dr. Lewis.

“If it’s short term, it’s likely to be due to recent trauma, such as biting the bottom lip with a fall.

“If the lump has been inside the mouth or on the lip for a period of time, it could be a benign mass that requires removal.

“A lump in the mouth or on the lip that is painful, lasts more than a week, accompanied by fever or has an unusual appearance should be examined in the clinic to evaluate the cause.”

But CAN the cause be some kind of mouth cancer?

Let’s put the rarity of mouth cancer in children in perspective, according to the National Cancer Institute Surveillance Epidemiological and End Results Program.

Wait a week and see if the blackish grey lump doesn’t start shrinking. If it does, that’s a great sign, and keep an eye on it.

It might fully disappear. If it doesn’t after a few weeks, make an appointment with a pediatrician.

One type of benign mass that can present as a dark lump (though it would be more soft than hard) inside the bottom lip or elsewhere in the mouth is a harmless cyst called a mucocele.

It may vanish on its own, but if it doesn’t, it can be removed.