Malignant Melanoma vs. Benign: The Difference 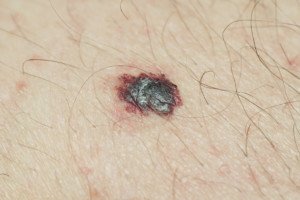 As far as the prefix and suffix, it would seem that “melanoma” literally means a mere mass of pigment-producing cells. But a mass isn’t always malignant, either.

A benign mass of pigment-producing cells or melanocytes is a nevus (knee-vus) – also called a mole.

A malignant mass of melanocytes – cells growing wildly out of control – is called melanoma.

Why Do We See the Terms “Malignant Melanoma” and “Benign Melanoma”?

Can a melanoma ever be benign?

“The answer is no; melanoma is never benign. It is always malignant,” continues Dr. Ilyas.

“However, the history behind this confusing terminology has to do with an old confusing name for another type of spot.

“A Spitz nevus is a type of mole that presents in childhood. It can be mistaken for a melanoma based on how it presents and how it looks under the microscope.” 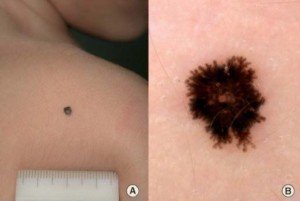 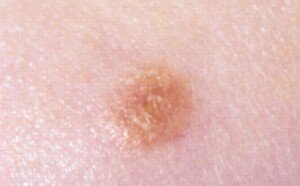 “The older name for a Spitz nevus was benign juvenile melanoma. This was a very confusing name — but based on the evolution of understanding melanoma at the time.

“To put ‘benign’ and ‘melanoma’ in the same name was only to indicate that the lesion was benign but can be misdiagnosed as a melanoma.

“Spitz nevi can develop quickly, grow and change — and on biopsy have some features that can be misinterpreted as a melanoma. However, these are overall benign lesions.”

Reason for the Term ‘Malignant Melanoma’

Dr. Ilyas continues, “I understand the confusion, but it’s important to understand that the term melanoma was first introduced in 1838. There was very little understanding of these tumors. 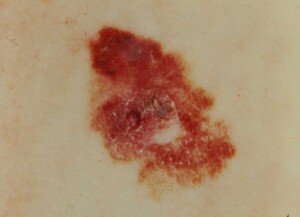 “In 1910, a young boy presented with a tumor on his nose growing quickly. It was identified as a melanoma, but it was realized that it didn’t behave like a melanoma.

“In 1948, a pathologist by the name of Sophie Spitz described a group of these tumors as ‘juvenile melanomas’ identifying distinguishing features from ‘melanomas’ that occurred in adults.

“In 1954, the name ‘benign juvenile melanoma’ was proposed to distinguish these further. This likely led to true melanomas as being referred to as ‘malignant melanoma.’

Why Does this Confusing Terminology Still Exist?

Dr. Ilyas explains, “The confusion around Spitz nevi does persist because there are types of Spitz nevi that are known to metastasize or spread.

“Typically, Spitz nevi do not spread. The type that is more likely to spread has been termed atypical Spitz nevus.

“However, this is why it is best to leave the distinction to your dermatologist because our training is based on providing the whole picture.

“A substantial portion of our training is in both clinical dermatology — examining, diagnosing and treating patients directly, AND dermatopathology – the examination of specimens under the microscope.

“This permits us to use all pieces of the puzzle to provide the best care possible to our patients.”