Why Can Tinnitus Onset Be Years After a Loud Sound? 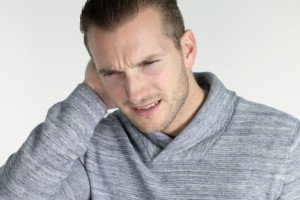 Tinnitus can be caused by loud noise, but sometimes the continuous ringing in the ears occurs years after the loud sound.

“According to the American Tinnitus Association, there is a high prevalence of tinnitus in individuals with hearing loss,” says Rivka Strom, AuD, CCC-A, Director of Audiology, Advanced Hearing NY Inc.

“However, there is often a trigger that can be key in the onset of tinnitus awareness and disturbance.

“It is known that stress and mood changes are key triggers for many of those who suffer from tinnitus.

“Dr. Jastreboff, father of tinnitus retraining therapy (TRT), explains the neurophysiological model of tinnitus as phantom sounds that are generated by the brain due to damaged hearing sensory cells and neurons.

“However, it is the limbic (emotional) and autonomic system that are the primary and dominant systems for tinnitus disturbance.

“Thus, onset can be years later once there is a trigger that brings the tinnitus to the forefront.”

Not all tinnitus situations are caused by loud sounds. There are MANY causes of the so-called ringing in the ears, and these can trigger tinnitus years after a person last was exposed to very loud noise such as at a rock concert or auto racing competition.

Tinnitus often sounds like a continuous hissing, like the sound that an old-fashioned radiator makes when it releases steam.

Other patients report that it sounds like a steady, very high pitched though faint tone.

And yet for others, it’s a chirping, crackling, whistle-like or tinkling noise.

For more on TRT, here is the full explanation of how this works.