What Causes a Phantom Minty Smell Inside the Nose? 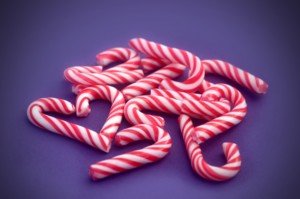 Do you smell something minty nearly every time you inhale, as though it’s coming from INSIDE your nose?

And you haven’t even eaten anything minty, either!

If you smell something minty coming from inside your nose, one of two possibilities comes to mind:

• There is something inside your nose that’s generating the scent of mint.

• The detection of this odor is imaginary, in that a source for this actual odor is absent, such as a bit of mint toothpaste up a nostril.

“This can be caused by a laundry list of reasons including seizure activity in the area of the brain that is associated with smell; irritation of the olfactory nerve from medications or trauma; atypical migraines; tumors in the area of the brain or along the nerve associated with the sense of smell; possibly some vitamin deficiencies; Parkinson’s; Alzheimer’s; and other neuropsychiatric disorders.”

Why would the odor be minty, of all things?

Dr. Liu explains, “Specifically, a minty smell does not ‘ring any bells’ for a particular cause. There is also no mention in the medical literature about a minty smell being any more or less common than other smells in cases of phantosmia,” which are often of a burning or smoky nature.

“If you are experiencing phantosmia of any kind, a visit to your doctor is probably a good idea given some of the rare, but potentially serious, causes.

“Thankfully, most cases of phantosmia tend to go away on their own and usually are not associated with any serious medical issues.”

If you have a mint smell up your nose, or at least, it seems that way, have you checked around to see if any external agents might be causing this, such as a spot of toothpaste high up on your shirt?