Is It Ever Normal for a Child to Have Mild Night Sweats? 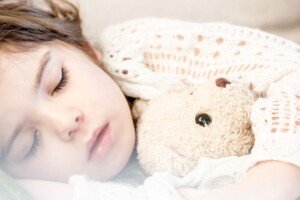 Though it’s normal for children to have mild night sweats in most cases, there are several key things to look for that will raise a red flag that the sweating is being caused by a serious illness.

Have you recently checked on your child overnight and noticed unusual sweating, even though the room isn’t hot and nobody else is perspiring?

Even though your child may not even be under the covers and is wearing light pajamas?

What fuels fear in some parents is their knowledge that lymphoma, a type of cancer, can cause night sweats.

“Yes, many children have mild night sweats,” begins Dr. Lisa Lewis, MD, a board certified pediatrician in Fort Worth, Texas, and author of “Feed the Baby Hummus, Pediatrician-Backed Secrets from Cultures Around the World.”

Dr. Lewis continues, “Some children actually wake up covered in sweat. Children, like adults, have sweat glands that regulate the body temperature.

“When a child’s metabolism changes, the sweat glands will respond by producing sweat. Examples of metabolic changes leading to excess night sweating in children include growth spurts and excess fatigue.

“Both growth spurts and excessive tiredness lead to deep sleep and subsequent excess sweating at night.

“If a child is feeling too hot, either because the night clothing is excessive or the room temperature is too high, the child will sweat.

“Typically this child will feel warm to touch or may actually wake up uncomfortable. The problem can be remedied by removing clothing or adjusting the thermostat.” Adding a fan will also help.

What about lymphoma?
“Sometimes sweating at night may indicate a serious problem, such as underlying illness or infection,” says Dr. Lewis.

“If a parent notices fever with sweating, excessive snoring with sweating or persistent sweating every night, the family’s pediatrician or health care provider should be consulted”

Lymphoma (non-Hodgkin type) symptoms in the pediatric population are varied and include:

If a child has been having night sweats along with a few of the symptoms above, this still does not mean “it must be cancer.”

Reassuring Facts About Lymphoma
First off, cancer in kids is rare, relative to its prevalence in adults. Childhood cancer awareness campaigns, however, make it seem as though this disease is common.

The rarity, though, is no consolation to parents with a child stricken by cancer.

Nevertheless, rarity is something to help you keep things in perspective so that your imagination doesn’t become a runaway freight train and cause untold anxiety.

• About only eight percent of pediatric cancers are lymphoma (both non-Hodgkin and Hodgkin types).

• In kids 14 and under, most lymphomas are the non-Hodgkin (NHL) type.

So if you find that your child has been having night sweats — and especially if they have not been having any other symptoms, or symptoms that have been verified to have a benign cause — yet your heart is still racing over the fear of lymphoma…

…then remind yourself that you are fearing that your child has a disease that is diagnosed in only several hundred kids a YEAR all across the U.S.

Nevertheless, it won’t hurt to take your son or daughter to see their pediatrician just to rule out any medical conditions such as an infection.