Can Melanoma Be Mistaken for Normal Cells Under a Microscope? 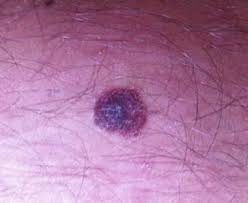 For any number of reasons, a pathologist may mistake melanoma for benign cells under a microscope and incorrectly diagnosed the sample.

“Yes, absolutely, melanoma can be misdiagnosed as a benign mole,” says Jena Martin, MD, a board certified anatomic and dermatopathologist, trained at Mayo Clinic Pathology, having practiced in the Minneapolis area for over 10 years. “This could happen for a variety of reasons.”

Dr. Martin explains, “Some moles (called a nevus or nevi) just really look like a melanoma under the microscope. That’s one more reason to be evaluated by a dermatologist — they usually send their biopsies to a dermatopathologist, subspecialists in skin pathology.

“These ‘sneaky’ moles are called nevoid melanoma, and they can be difficult to identify, even by experts.”

Under a microscope, the tissue sample of a nevoid melanoma will strongly resemble that of a benign mole.

This is one reason a biopsy would come back as normal, reassuring a worried patient. But sooner or later the truth will come out, to the patient’s horror.

Another reason that a melanoma sample under a microscope could be misdiagnosed as normal is the sample itself, says Dr. Martin.

“Does the dermatologist remove all of the pigmented area? One part might look very different from another part.” The cancer isn’t necessarily diffusely distributed throughout the entire mole.

“There are some nevi that dermatopathologists would consider ‘grey zone,’ meaning neither obviously benign nevus or obviously malignant melanoma.

“Problems with diagnosing melanoma come about in part because we have difficulty distinguishing between a melanoma cell and a benign nevus cell (called a nevomelanocyte).

“Researchers are looking at molecular changes to help discriminate between a benign cell and a melanoma cell.”

It’s frightening to think that if, for instance, you’ve had eight moles removed over the course of several years, due to a subjectively perceived change in the moles or new appearance of the moles, and all eight biopsies came back benign – that there’s a chance that a few of those diagnoses were incorrect – and that, in fact, you actually had melanoma.

This could explain why, in some cases of melanoma, the cancer cells are found at a metastatic site such as the brain or lungs, but the primary tumor (from which the metastatic cells broke off) is never found.

It’s possible that the primary tumor was a mole that years ago was removed and came back as a benign biopsy result!

Dr. Martin trained at Mayo Clinic Pathology and has been practicing for 10+ years and is with Dermatology Consultants in St. Paul, MN.

Melanoma cells under a microscope being mistaken for benign mole