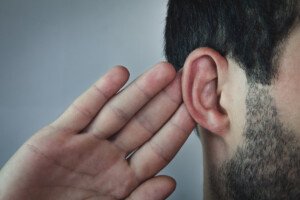 Can all those loud “Kiiii-aiiii!”s actually harm the hearing of students in martial arts classes?

A male adult’s booming voice can be quite loud, while the children – especially eager novices – are capable of emitting very loud, shrill shrieks on command or during specific portions of a “kata” – choreographed punches and kicks against imaginary opponents.

I have many years of martial arts training in a variety of schools. Students are encouraged to yell/shout as loud as possible, especially the kids, who will eat this encouragement up.

Some instructors will bellow, “Louder! Louder! I can’t hear you!”

The fair question, then, is if over time, one-hour martial arts classes will result in hearing loss. A lot of shouting also comes from instructors.

“Any form of yelling that is prolonged can potentially affect one’s hearing, although it depends on the intensity and duration of the yelling,” says Rivka Strom, AuD, CCC-A, Director of Audiology, Advanced Hearing NY Inc.

“In general. listening to any noise at an unsafe level for an extended period of time is damaging,” continues Strom.

“The higher the level of noise and the longer individuals are exposed to it, the greater the risk of suffering harm from it.

“Guidelines were established by the National Institute for Occupational Safety and Health (NIOSH) regarding exposure levels to loud noise, and this includes any noise including yelling and screaming.

“Although intensity and duration are the main factors here, it should be noted that frequency [a measure of the pitch of a sound] may have some minimal influence of the extent of the damage, with higher frequency sounds worse than low frequency sounds.”

Whether loud yelling and shrieking in a karate class causes gradual hearing loss, or repeated attendance at live concerts or nightclubs does, one thing is a constant: The noise-induced hearing loss is insidious and stealthy.

When you get a sunburn, you feel and see it. When the nerve cells in the inner ear, that capture sound waves and transmit them to the brain for interpretation, are irreversibly damaged, there is no pain or visible damage.

Likewise, with mild hearing loss, you can still function very well. All you need to do is ask people to repeat what they said, or you might move closer to them to hear them better, or raise the volume of the TV. It doesn’t occur to you that this is hearing loss.

If your martial arts school is loud and shrieky, wear ear plugs.

You can also seek out a karate school that does not emphasize excessive yelling.

This will likely be the case in a program in which tournament competition is NOT a big part, since kata competitors are encouraged to holler as loud as possible.

On the other hand, schools that emphasize street self-defense often encourage female students to yell as loud as possible in staged assaults.

I would say, though, that martial arts schools that display a ton of trophies in their front windows and boast “champions” will be the loudest.

I have actually heard tournament judges say that loudness is a key factor in deciding who gets the first place kata trophy.