Can a Two Year Old Get Non-Melanoma Skin Cancer? 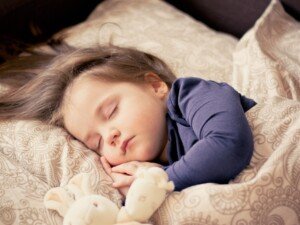 Just how likely can a two year old ever get skin cancer of the non-melanoma type?

Neither are as deadly as melanoma, but they are nothing to take lightly, either.

How Often Do Children Age Two Get Non-Melanoma Skin Cancer?

“It is well-known that UV radiation can cause immunosuppression and cancer, but — there is not enough data in children to accurately answer this question,” says Dr. Charnetta Colton-Poole, MD, a board certified pediatrician based in Atlanta, GA.

“What we do know is that children under age two years old have immature skin and are, therefore, at risk for development of cancer.”

Not only that, but children this young have actually been diagnosed with basal cell carcinoma  — though it is exceedingly rare in this demographic.

The strongest sun rays occur between 10 am and 3 pm – the very hours that people like to take their toddlers outside. Again, sunscreen is prudent.

Excessive sun exposure during childhood including the toddler years and younger can put a person at risk for both non-melanoma and melanoma skin cancer decades later on in life.

The non-melanoma skin cancer that someone is diagnosed with at age 50, for example, may have been put in motion from all the sun exposure they got during the first five years of life at the local beach or simply in their backyard.

Your vigilance at protecting your toddler from sun exposure is, at a minimum, in the name of reducing the risk of developing skin cancer as an adult.

Though parents have more immediate things to worry about when it comes to their two year olds and other young children, such as ear infections, constipation, bug bites, rashes, toilet training and eating habits, it’s never too early to start thinking of your toddler’s way-distant future.

Protection from the sun NOW will pay off years down the road. A young child and especially a baby should never have a sunburn.

Even a tan means damage to the skin!

Ask a dermatologist if they think there’s anything cute about a baby with a tan. What do you think they’ll say?

Nobody says you should keep your kids indoors. But before taking them outdoors, put sunscreen on them.

Don’t ever think, “Oh, one day of missed sunscreen won’t hurt.” Otherwise, that one skipped day will then become two, then four, than eight, and before you know it, there will be more outdoor days of skipped sun protection than non-skipped.

If your two year old puts up a fuss about having sunscreen applied, squirt a glop in their hand and direct them to rub it in the areas that they can reach.

Being given the “power” to do the rubbing will give a resistant toddler a feeling of control and will thus promote compliance.

After which, you can then complete the rubbing in the areas they couldn’t reach or did not rub sufficiently enough.

With 15+ years in the medical field, Dr. Colton-Poole is also a medical communication strategist and content creator.

Can a child age two get non-melanoma skin cancer?