Preschooler Excessively Thirsty but Does Not Have Diabetes 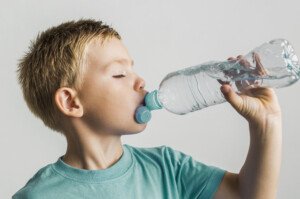 Why is your preschooler so thirsty all the time, always asking for drinks, yet bloodwork is normal including for diabetes?

There was even a case in which a preschool aged child would get up in the middle of the night at least twice, asking for water, juice or milk.

She was drinking so much water throughout the day that she wasn’t eating as much as her mother thought she should.

One person proposed the theory that the preschooler was missing her bottle days, and was subconsciously coping with this by frequently asking for water and other drinks that had, in the past, come in her bottle.

By frequently drinking these from a cup or glass, the child was, in a sense, reconnecting with the security of a bottle. A mother in an online community proposed this theory.

But let’s face it, this theory is more than a little bit out in left field.

Behavioral Causes of Excess Thirst in a Child or Preschooler

“For a preschooler who is excessively thirsty and diabetes has been ruled out, my first thought would be a behavioral issue,” says Joel Gator Warsh, MD, of Integrative Pediatrics and Medicine, Studio City, CA, and part of the pediatric staff of Cedars-Sinai Hospital.

“Consider how much attention they are getting for being thirsty. Does mom or dad come running with water or juice all the time when they call?”

Before you start wondering why a child who wants attention wouldn’t be constantly asking for food, this could be explained away by the very fact that usually, a parent is more apt to quickly respond to a request for water, juice or milk than for food.

“I want water!” conveys more of an urgency than “I want pretzels!”

How often do parents brush off a request for a snack, but promptly cater to a request for water, juice or milk? The child may have learned this early on and enjoys the quick attention.

Of course, this begs the question: If the child isn’t truly thirsty, how are they able to intake so much fluid unless the interior of the house is 90 degrees or they keep coming in from playing outside in the hot sun?

If only a few sips are taken, this is telling of a behavioral issue.

Dr. Warsh says, “Try the progressive extinction method and increase the time in between giving them drinks. Do not offer anything in between. It’s okay to say no.”

“Extinction” refers to the elimination of an undesirable behavior. The behavior is being maintained by its consequences.

The consequences in this case is the prompt attention from the parent.

This reinforces the behavior (begging for drinks all throughout the day and even night).

If this is your child’s worst behavior, you’re in luck; attention-seeking behavior can be a lot worse.

Medical Causes of Excessive Thirst in Young Child without Diabetes

“What is your child drinking?” begins Dr. Warsh. “If it is juice like apple juice, that can give your child diarrhea. They may be thirsty because they are mildly dehydrated from the diarrhea.”

This is a vicious cycle.

“They may also be addicted to the sugar in the drink you are giving.” Apple juice from the store, and other processed fruity drinks like Kool-Aid, are essentially liquid candy, loaded with sugar.

“Stop giving them any juice. They do not need it. Consider giving them only water or smoothies you make yourself from fresh, organic fruit.”

Carbonated beverages actually dehydrate, so if you’ve been giving your excessively thirsty child these, they will only momentarily quench thirst.

Dr. Warsh also says, “Check that they don’t have a dry mouth. They could have a vitamin or mineral deficiency such as B2 or B12.

“Are they taking any medications that could be drying up their supply of saliva?

“If you notice a very dry mouth, I would have some general bloodwork done to make sure your child is not deficient in important vitamins. Also check that they are not anemic and that their kidneys are functioning appropriately.”