Can Thirst REALLY Be Mistaken for Hunger? 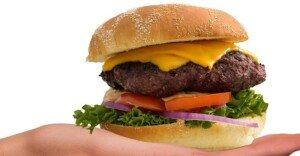 After reading this you’ll never again be convinced that thirst can be mistaken for hunger.

That thirst can be mistaken for hunger is absolutely one of the most ridiculous myths out there.

When I was a personal trainer at a health club, I made sure my clients knew that thirst is not the same as hunger, even though many women (and men) struggling to lose weight will fall victim to this myth.

Think about it: How can thirst be mistaken for hunger? These are two entirely different physical sensations.

It’s been said that a glass of water can often subdue a growling stomach.

Okay, how many of you, upon experiencing that empty feeling in your stomach, actually felt satiation after having a glass of water?

And if so, for how long did that satiation last? Did that water feel as though you just ate a sandwich?

After realizing that a large glass of water failed to induce satiation, did you spend the next 30 minutes trying to drink a few more glasses of water, trying to convince yourself that you were no longer hungry?

And if thirst can be mistaken for hunger, then what’s thirst supposed to feel like in the first place?

A thirsty animal will seek out water. A dog will drink out of a toilet bowl or dirty puddle outside to quench thirst and will not confuse this with the desire to eat a steak.

When a lion is thirsty it will drink out of a river, not try to kill a zebra. The cue for fluid intake is hardwired in all animals, including humans.

To say that this signal can be mistaken for hunger is to say that the hardwiring is seriously flawed.

After all, humans can survive a few weeks without food, but only several days without water. You’d better believe that this hardwiring is spot-on in the name of keeping us alive.

To those who still fall for the myth that thirst can be mistaken for hunger, ask yourself why this would be?

If a person is thirsty, why wouldn’t he or she simply feel thirsty? Are the wires in their brain crossed? This is almost like saying that feeling chilly can be misinterpreted for feeling roasting hot.

Hunger is not caused by a state of mind.

Don’t confuse the desire to eat with true hunger. The desire for food isn’t always driven by actual hunger.

Compulsive overeaters will eat well-past the point of satiation. Having a craving for cheese or lemon meringue pie doesn’t require hunger, either.

But when’s the last time your craving for cheese crackers, pie or chocolate chip cookies was suppressed by drinking water?

And if you’re actually hungry and know that Grandma’s home-baked bread is on the kitchen counter…try killing that drive with a glass of water.

And of course, true hunger doesn’t mean you’re simply thirsty, even though you may be thirsty and hungry at the same time.

Cause of True Hunger Is Not Thirst

The side effects of some medications can induce hunger.

Drinking a lot of water will make you feel bloated, but you can feel bloated and still feel hunger.

If you’re hungry, you can try to talk yourself into believing that it’s just thirst, and drink your water or zero-calorie beverage.

But you won’t be fooled for long.