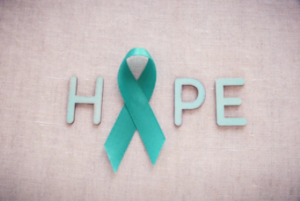 Hemp is part of the cannabis family and has shown some promise at treating ovarian cancer.

Hemp comes from the marijuana plant. It is not addictive and does not cause changes in mental status. cannabis cure ovarian cancer

Hemp may have the ability to treat ovarian cancer, say researchers at Wasana Sumanasekera at Sullivan University College of Pharmacy in Kentucky.

“However, unlike marijuana, hemp’s therapeutic ability has not been studied in detail.”

In one study, various doses of KY-hemp extract were added to cultured ovarian cells, leading to a significant dose-dependent reduction in cell migration.

This means that the extract could possibly be useful in halting or ceasing the spread of ovarian cancer to other sites of the body.

In a second study, KY-hemp halted the secretion of interleukin IL-1 beta.

This is important because interleukins cause inflammation that’s been linked to cancer progression.

Here, then, is a potential biological approach to fighting ovarian cancer via hemp.

“Our findings from this research as well as prior research show that KY-hemp slows ovarian cancer comparable to or even better than the current ovarian cancer drug Cisplatin,” explains the other graduate student, Chase Turner.

“Since Cisplatin exhibits high toxicity, we anticipate that hemp would carry less side effects,” adds Turner in the study report. He points out that more research is needed.

And that research will be done with more cultured cancer cells, followed by studies on mice.