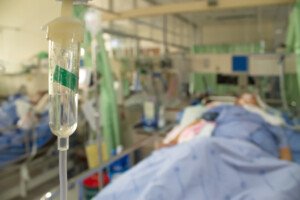 It’s odd that with all the people so afraid of dying from cancer, these same individuals often don’t give heart failure a second thought.

Though getting the “big C” may scare the daylights out of you, have you ever asked yourself what you’ve been doing lately to help prevent developing chronic or acute heart failure?

First off, there’s no such thing as chronic heart failure in remission.

Heart failure beats cancer at how many people it kills, says a study from Keele University and the Universities of Aberdeen and Manchester. This applies to both men and women.

Heart failure is a form of heart disease. When people see the term “heart disease,” they usually think of clogged or blocked arteries.

• The four most common cancers for men were prostate, lung, colon and bladder.

• For women they were breast, colon, lung and ovarian.

• Diagnosis of heart failure and cancer came at similar ages for men.

• The study showed that heart failure is as life-threatening as the most common forms of cancer.

“In general, heart disease accounts for far more deaths in both sexes than does cancer,” says Morton Tavel, MD, Clinical Professor Emeritus of Medicine, Indiana University School of Medicine, and author of “Health Tips, Myths and Tricks: A Physician’s Advice.”

Dr. Tavel explains, “For instance, heart disorders account for over 40% of deaths in women and over 50% in men.

“Only about one quarter of all deaths are attributable to cancer in both genders.

I am reminded of the TV commercial in which a woman is talking about her deceased sister.

In the background is a photo of the sister. “She was constantly urging us to get our mammagrams every year and do self-exams every month,” says the woman. “My sister died anyways. From heart disease.”