Can a Novocain Shot Cause Nerve Damage? 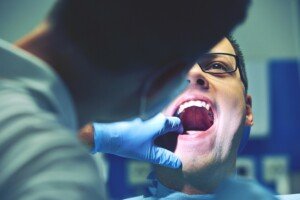 Yes, a shot of Novocain can damage a nerve— but the bigger question is if this  can be permanent.

Is your upcoming visit to the dentist to have a cavity drilled out causing you to lose sleep?

Without an anesthetic drug, you would not be able to tolerate the feeling of the drill.

The drug, such as Novocain, is absolutely necessary to prevent feeling the drilling.

Oddly, some people are more fearful of permanent damage caused by the injection of the anesthetic than the drilling.

“The needle used for the injection could ‘brush’ the nerve and ‘traumatize’ it, says Laurence (Larry) Grayhills, DMD, MS, MAGD, who is a member of the Academy of General Dentistry.

“However, I don’t believe there has been a reported case of permanent nerve damage from an injection.”

The drug itself cannot permanently damage a nerve. What some patients fear is if the dentist slips up with the needle and accidentally “hits” a nerve the wrong way, cutting it and permanently deadening it.

Like Dr. Grayhills says, the needle may graze the nerve and irritate it, but there hasn’t been a reported case of permanent damage.

There are other drugs used to numb a nerve besides Novocain. But again, a person is likely more concerned about that needle rather than an anesthetic drug causing permanent damage.

Dr. Grayhills explains, “Novocain is not used in dentistry anymore due to its allergic potential.  I am not aware of any nerve damage from the medications currently in use (i.e., Lidocaine, Articane, Mepivicane, etc.).”

Dr. Grayhills is with Mohip Dental & Associates, of FL, which provides the highest level of cosmetic, restorative, prosthetic and emergency dental care available.