Can Endometriosis Cause Damage to the Kidneys? 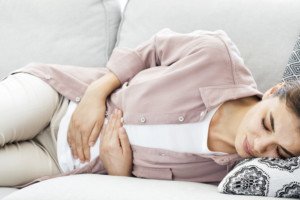 Endometriosis not only can cause damage to the kidneys, but it can cause kidney loss.

“We don’t know why endometriosis occurs in the first place, which makes treatment all the more difficult,” begins Kurian Thott, MD, an OBGYN specializing in urogynecology with Mary Washington Healthcare in VA.

“Endometriosis can be present or has been identified in almost every organ or tissue in the body, e.g., lungs, brain and kidneys.

“The most common way endometriosis affects the kidneys is when it affects the ureters (the tubes that bring urine from the kidney to the bladder).”

A case report in the Journal of the Society of Laparoendoscopic Surgeons (July-Sept. 2012) details three cases of kidney shrinkage and loss of function due to endometriosis.

What Every Woman Should Know

• 6-10 percent of premenopausal women get endometriosis.

• The condition means uterine-like tissue outside the uterus.

• It often involves only one ureter. This can lead to a urinary tract infection or kidney (renal) loss.

• However, complete kidney loss to endometriosis is exceedingly rare, says the JSLS paper.

• Removal of the damaged kidney is the course of action after all other salvaging attempts and interventions have failed.

In ureteral endometriosis, the left ureter is more often affected simply due to anatomy.

The study authors (Nezhat et al) estimate that by the time a woman is diagnosed with UE, there will be a 30 percent chance that she’ll have impaired renal function.

The three patients of the study authors did not have an abnormal kidney function test (creatinine) because the unaffected kidney was fully functioning.

Thus, a normal creatinine result does not rule out UE damage to this organ.

“It would be rare for both ureters or kidneys to be affected at the same time, but in theory it could happen,” says Dr. Thott.

“When it impacts the ureter it can lead to constriction, which can lead to hydro-ureter (dilated ureter).

“And if not treated it can lead to hydronephrosis (backup of urine into the kidneys which causes them to swell) — and ultimately can lead to kidney failure.”

• Whether unilateral or bilateral, the process in most cases is insidious or silent.

• 30 percent of patients will have nonspecific symptoms that are consistent with pelvic endometriosis. In very rare cases there are no symptoms.

• Some will have symptoms of bladder urgency, frequency, pelvic or flank pain, blood in the urine and painful urination.

• Because most genitourinary (relating to genital and urinary organs) symptoms relate to bladder-involved endometriosis and seldom arise from UE, a diagnosis of UE might be overlooked.

• The three patients in this study actually did not have any genitourinary symptoms, but all three did have pelvic pain, painful menstruation and vague back pain.

The physician needs to be suspicious of UE from a clinical standpoint, especially since UE occurs along with pelvic endometriosis.

So if the patient’s symptoms are consistent with the pelvic version, the physician needs to consider a possibility of ureter involvement. But this is easier said than done.

However, a diagnosis prior to surgery is difficult.

Final diagnosis requires revelation of a deeply infiltrative (i.e., deep within the organ) disease via a laparoscopy or biopsy.

Treatment for Kidney Damage from Endometriosis

“Treatment would require a surgeon comfortable with excision of endometriosis on vital structures,” says Dr. Thott. “Medical management does not play a role here.”

• The objective is symptom relief (surgical excision is the most effective) and clearing the ureteral obstruction.

• Of course, all efforts will be made to salvage the affected kidney.