What Kind of Brain Damage Can Anemia Cause? 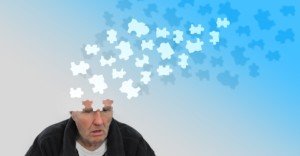 If anemia is severe enough, it can damage the brain.

It’s easy to see why anemia could lead to brain damage. The brain depends upon oxygen for proper functioning.

Blood delivers oxygen to the brain, as it does to all organs.

When the brain doesn’t get enough oxygen, and this situation is not resolved in a timely manner, there then is a risk for permanent damage — though this wouldn’t be severe in degree.

“Little is known about the relationship between anemia and brain damage, but some limited studies suggest that anemia can mildly impair memory as well as the thinking abilities involved in everyday activities such as shopping, paying bills, etc.,” says says Morton Tavel, MD, Clinical Professor Emeritus of Medicine, Indiana University School of Medicine, and author of “Health Tips, Myths and Tricks: A Physician’s Advice.”

Dr. Tavel adds, “Even less is known whether correction of anemia will correct any impairment of brain function or damage, but in all likelihood, brain function should return to normal.”

A type of anemia called “pernicious” can damage the brain if not treated.

As Dr. Tavel says, the negative effect on the brain can affect concentration and memory. Other cognitive symptoms: confusion, depression.

The body needs vitamin B12 to manufacture red blood cells. Inadequate supply of B12 – often either via diet or due to a lack of a special protein that’s made in the stomach – will lead to pernicious anemia.

If pernicious anemia is severe or goes a long time without treatment, damage to the brain, as well as to other organs including the heart, will result.

As terrible as this sounds, the condition is actually simple to treat with B12 supplementation.

Prior to the development of supplements, the condition was deadly, hence the name “pernicious.”

Classic Signs of Anemia from Any Cause

• Fatigue that can’t be explained by benign causes such as lack of sleep, excessive physical activity or not eating enough.

• Feeling like you can’t get enough breath, as though you’ve been exercising – only you haven’t.

These symptoms can have many other causes, some more serious, some less serious.

In addition to the pernicious type, there are many other causes of anemia.