Time It Takes for Pancreatic Cancer to Cause Symptoms 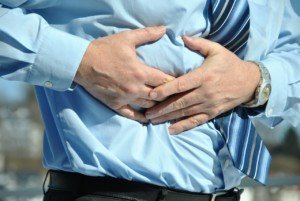 Pancreatic cancer is usually diagnosed after it starts causing symptoms, but does this mean it necessarily grows faster than “less deadly” cancers?

“Contrary to common thought amongst patients and physicians, it takes several years for one cancerous cell in the pancreas to grow and multiply into a tumor,” says Nadeem Baig, MD, a board certified gastroenterologist and hepatologist at Monmouth Gastroenterology, a division of Allied Digestive Health.

“At an early stage, pancreatic cancers often do not cause any symptoms.

“But it can quickly grow and spread (metastasize) to lymph nodes and other organs, at which point it will cause symptoms like stomach pains, weight loss, loss of appetite or jaundice.”

Johns Hopkins researchers have found that pancreatic cancer — notorious for its high mortality rate — grows and spreads slower than what has historically been believed.

The paper says that many cases of pancreatic cancer have a “long lag time” before the disease is finally diagnosed.

The question then, is how long it takes for pancreatic cancer to grow from what would be considered a very early stage to the point when it begins causing symptoms.

There simply is no effective screening tool either via blood test or imaging.

When symptoms do start surfacing, most people don’t initially wonder about pancreatic cancer. This causes delays during which the tumor will continue growing and possibly spreading. 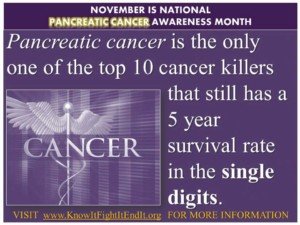 A normal cell doesn’t become cancerous overnight. First it mutates. And it doesn’t mutate overnight to cancer, either.

The Johns Hopkins paper says the time span is at least 10 years to go from a cell with deranged DNA (not yet cancer) to an actual malignant cell.

The mutated cell is called a high-grade cell. Cells of this type, if discovered, should be removed.

The time span from first full-fledged cancer cell to enough cells to create a plum-sized malignant tumor is about seven years.

At this point, the tumor has enough cells that any one of them can get away and spread to other organs.

Once this spread occurs, a patient is dead an average of two and a half years later.

The previous belief was that pancreatic cancer cells spread early on in their development.

• The samples were taken within six hours of death.

• This kept some of the cells alive so that DNA could be extracted and sequenced.

• The metastasized cells had similar mutations to the original tumor in all seven patients.

• Both mutation types were present in the original tumor years before symptoms arose.

Using mathematical models the researchers estimated that, on average, 11.7 years lapsed before the first cancer cell springs up within a high grade pancreatic lesion.

Next, an average of 6.8 years go by during which the first cancer grows and from that at least one cell can potentially spread.

After that the average is 2.7 years to the patient’s death.

The ultimate goal is to come up with an effective way to screen for pancreatic cancer in its earliest stages, before it causes symptoms and of course, long before it spreads.

Dr. Baig’s specialties include gastrointestinal cancers and liver disease, plus gallbladder, biliary tract and pancreatic disorders. He is an assistant clinical professor of medicine at the University of Medicine and Dentistry of NJ/Robert Wood Johnson Medical School.