PVCs for Two Minutes Straight: Does this Mean Heart Problem? 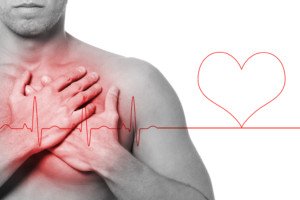 Have you ever experienced a bunch of PVCs for literally two minutes nonstop and feared that a heart attack or cardiac arrest was looming?

And even though, after these episodes of PVCs going on for two minutes straight, nothing ever happens – yet you never quite get used to these incidents.

But each time is like the first time, in that every time this happens, you can’t stop worrying that something is wrong with your heart.

Yes, typically, it means nothing if you’ve watched the clock while experiencing what seems to be nonstop PVCs.

Now here’s a thought: If you allow your worry over premature ventricular contractions to consume you, this anxiety will create more PVCs!

And then you might be having nonstop PVCs for three minutes straight, even five minutes!

Anxiety over PVCs has an amazing way of producing even more of these “thumping” or “skipped” heartbeats.

If you have strong cardiac awareness (e.g., no PVC gets past your senses), why don’t you see a cardiologist – preferably an electrophysiologist – for a full examination?

This will include an ECG (EKG) and stethoscope exam. You may be given a special device to wear for 24 hours that will track your heart’s rhythm.

You may also be scheduled for a cardiac treadmill or stationary bike stress test.

Also keep in mind that PVCs can be triggered by chronic stress and anxiety, caffeine, drinking, high blood pressure and heart disease.

And sometimes, there’s just no known cause; PVCs are a common phenomenon and increase in frequency as one gets older.

NOTE: PVCs that occur over a two minute period doesn’t necessarily mean that these are “runs.”

The issue isn’t the nature of the beats but the persistence of them over a two minute period.