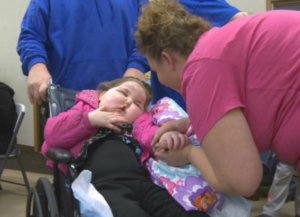 The DIPG brain tumor is the deadliest – more vicious than glioblastoma multiforme.

What makes diffuse intrinsic pontine glioma especially brutal is that most diagnoses occur in children between age five and nine.

GBM is considered an adult brain tumor, but children can get it; even infants have been diagnosed.

DIPG is considered a pediatric brain tumor, but adults have been diagnosed with it. 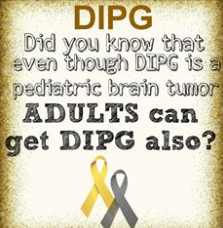 GBM is far more common than DIPG, and hence, more people have heard of its horrors. There are only around 300 new cases of DIPG every year in the U.S.

How Do We Judge What the Deadliest Brain Tumor Is?

Aggressive glioblastoma has a median survival of 14.6 months after diagnosis, and two-year survival is 30%.

The GMB survival rate, as you can see, is quite dismal for adults.

For children, a high grade GMB has a five-year survival rate of about 25%.

Oddly, the September 2010 issue of CLINICS says for children: The prognosis for recovery is conservative, and 5-year survival rates range from 5% to 15%.

The July 2014 issue of Neuro-Oncology states for adults: Glioblastoma, the most common glioma histology, has a 5-year relative survival of ∼5%.

We can hem and haw all we want over which source for survival data is more accurate, but the big picture is that the survival rates for glioblastoma multiforme are horrible.

Dr. Sathi says that the five-year survival rate is 2%. That’s a lot worse than the 5-6% mentioned above.

• 10% of children with DIPG are still alive two years after the diagnosis.

• Average survival time after diagnosis — with radiation treatment — is nine to 12 months.

These survival rates speak for themselves. However, it gets worse.

The cancer cells are mixed in with normal cells. Imagine a bucket of shredded paper. Add clumps of wet tissue paper.

Now with a wooden stick, mix it up, making the tatters of tissue paper diffusely distributed among the regular paper shreds.

Trying to extricate a DIPG would be like trying to remove the wet gooey tissue paper without disturbing the regular paper.

XRT is the primary treatment, says Dr. Sathi. This is targeted radiation therapy.

But it only slows down the growth — and temporarily at that.

It’s impossible to pinpoint the radiation beam on all the DIPG cells without destroying normal cells in the brainstem.

Glioblastoma vs. DIPG as the deadliest brain tumor: You be the judge.