Are All Autistic Children Necessarily Withdrawn? 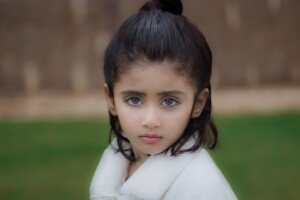 Is a “quirky” child possibly autistic even though they seem to be very socially interactive and uncomfortable being alone?

Of course, not all introverted children meet the diagnostic criteria for autism.

If you’ve read the checkpoints for various autism “check lists,” you’ll note that there’s always a bullet point for social withdrawal or words to that effect.

A child who can’t stand being alone in a room while the rest of the family is elsewhere in the house doesn’t sound like he or she has autism.

For instance, let’s take a preschool girl whose mother wants her to stay out of the kitchen while she prepares dinner.

She sends the child to the living room, which adjoins the kitchen; mother and child can clearly see each other.

But the child cries hard rather than finding some kind of peace and contentment being by herself. She wants to be at her mother’s side or wants another family member to join her in the living room.

But one might suspect the preschooler has autism if she exhibits other odd behavior such as a speech delay or prolonged repetitive motions such as jumping or spinning.

“One of the key tenants of autism is that there is a lack of interest in social interaction,” says Dr. John Huber, a clinical forensic psychologist and chairman for Mainstream Mental Health, a nonprofit organization that brings positive change to the lives of those with mental illness.

Don’t forget the derivative of the word “autism.” After all, “auto” is the prefix for self or means “by itself” (e.g., automobile, automatic, autonomy, autobiography, autopilot).

“So as they are outgoing and engaging it is typically due to other drive and urges they manifest,” explains Dr. Huber.

“Whether they are super interested in, for example, comic books (wanting to go Com Con and dressing up as characters) — while they may appear to be being social, what they are actually doing is further developing their fixation on their interest.”

Thus, an autistic child may have a very intense interest in a particular topic and want to talk about this to anyone they come in contact with.

This can be perceived as being social, but it’s not true socializing, which consists of a give-and-take or reciprical nature.

The neurodivergent child is so excited over their “special interest” that they just want anyone to listen to them talk about it.