ALS vs. MS Symptoms: What Really Are the Differences? 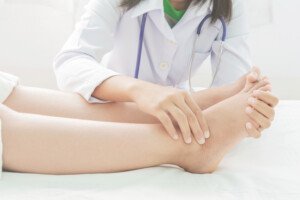 Some similarities between ALS and MS symptoms are frightening.

But most differences are very reassuring to those who can’t stop worrying that they have the fatal motor neuron disease.

Symptoms Common to MS but not to ALS
• MS usually impacts one side of the body; ALS affects the entire body, though may start out in a small area on one side, such as one arm first.

• MS symptoms can come and go. You’ve probably heard someone say, “My multiple sclerosis is in remission.” Remission can last for months.

There are cases in which MS patients have been virtually bedridden, only to be eventually up and around in the community. ALS symptoms, once they present, are there to stay, and only get worse.

• Symptoms of multiple sclerosis may include issues with taste, smell and sight – which are not affected by ALS.

• MS may affect cognition, which is not affected by ALS.

“Common MS symptoms include blurry vision in one eye, dizziness or imbalance, weakness or numbness on one side of the body or from the chest down, and difficulty walking.”

Why Some People Get Confused Over ALS vs. MS Symptoms

Both conditions—in the early stages—can present with similar symptoms.

They are muscle weakness and stiffness, fatigue, a loss of coordination and control, and difficulty with moving the limbs.

In fact, this exact set of symptoms can describe numerous possible conditions.

Depending on the words googled, a person with health anxiety might end up convinced that they have a vitamin deficiency, fibromyalgia, myasthenia gravis, repeated transient ischemic attacks or a brain tumor.

The concept of “muscle weakness” can be subjective. Obviously, there’s an issue with muscle weakness when suddenly you have difficulty carrying a gallon of milk across the room and struggle to lift one leg as you climb stairs.

But those with health anxiety are capable of perceiving a pathological weakness when at the gym, their heaviest bench press is 225, whereas for the preceding four gym sessions, they were benching 235.

Another example of “perceived weakness” is when someone begins imagining that it’s more difficult than usual to unscrew jar lids (but they do get unscrewed) or haul out heavy garbage bags (but they do get hauled out).

Any number of benign variables can explain the perceived weakness.

Some people with health anxiety immediately zoom in on multiple sclerosis, while others promptly zero in on ALS.

What determines which, in many instances, is what keywords a person searches for online. This then determines what pops up in the search results.

If it’s MS sites, the person is more likely to start fearing they have MS symptoms. If it’s ALS information, their mind will tune into ALS. And of course, some fear both.

Double board certified in sleep medicine and neurology, Dr. Krainin is founder and president of Singular Sleep, LLC, an award-winning online sleep center.