Blood from UTI Can Be Visible to the Naked Eye: Appearance 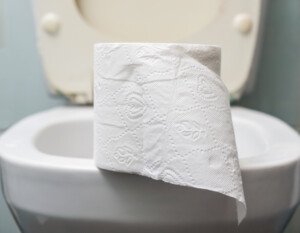 Yes it’s possible to see in the toilet the blood from a urinary tract infection, and it can appear in different ways to the naked eye.

And a UTI doesn’t always cause additional physical symptoms, either, especially in the elderly.

You’ve perhaps read a lot of content about UTI’s that have led you to conclude that the blood in the urine is detected only under examination with a microscope.

Blood from a UTI Can Be Seen at Home
Yes, with the naked eye, either in the urine stream or in the toilet after your excrement fills it.

Dr. Lutz continues, “This is more common with women than their male counterparts. The presence of visible blood in the urine associated with a UTI does not mean that this was a more significant infection, yet additional evaluative urological studies may be performed.”

The medical term for blood in the urine, regardless of cause or the presence or absence of other symptoms, is hematuria.

When the hematuria can be seen with the naked eye, it’s called gross hematuria.

Appearance of Blood in Urine from UTI

“The blood in the urine can vary from pink to dark red,” says Dr. Lutz. So if you notice that your excrement is a very dark yellow or an orange-yellow hue, don’t panic and think it’s gross hematuria.

It’s more likely dehydration, which concentrates the component of urine called urochrome, causing sometimes a light or even medium orange if you’re very dehydrated such as after pounding the treadmill for an hour.

Pink or reddish urine can also be caused by beets. So if you notice this color change, ask yourself if you’ve had beets within the past 48 hours.

“Sometimes there is the passage of clots which may be round or string-like,” continues Dr. Lutz in reference to what UTI blood can look like in the urine.

“Round clots are often formed as a source of bleeding from the urinary bladder.

“String-like clots are formed as a ‘cast’ of the ureter if the blood is sourcing from the kidney, or as a cast of the urethra if the bleeding is coming from the prostate or urethra.”

Dr. Lutz is experienced in all areas of adult urology and has a special interest in urological cancer, male fertility and urologic stone disease.