Can Fat Be Healthy just Because Marathon Runners Drop Dead? 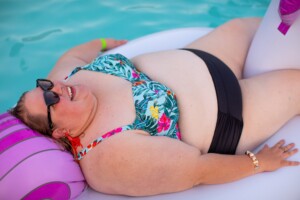 A most weak defense by obese people who claim they’re healthy is when they point out deaths from marathon running.

Obesity or being significantly overweight is a well-proven health hazard; you cannot be healthy and very overweight at the same time.

You CAN be fat and free of disease at the same time.

But this is not the same as fat and healthy.

Do not equate “free of disease” with “healthy,” even though a doctor may tell a patient “You’re in good health” because no abnormalities were detected during the routine annual physical!

Let’s take a 29-year-old size 20 woman who practices “self-love” and teaches her young children that “fat” is not a bad word.

She lovingly tells her overweight six-year-old daughter that the cellulite on her massive thighs resembles ocean waves.

She practices basic yoga and exercises to videos. She has not been diagnosed with obesity related conditions.

The time to start taking health and fitness seriously is before you develop disease, not after.

The human body was not meant to run marathons. The training is brutal, and many other forms of excercise are far more beneficial to the body such as interval training, “sprint” training and plyometrics.

Which body looks healthier and fitter? The sprinter physique is hardly thin, but also not overweight. She’s lean but muscular — the healthiest body type.

The “You can be fat and healthy” camp tends to think in a very binary fashion: The human body is either quite heavy or is runway model thin – that these two variants are our only two choices.

Next, the “You can be fat and healthy” camp conveniently fails to mention that the number of marathon runners who die is phenomenally small when compared to the number of people who train for and run marathons.

• Though the human body was designed for lots of daily and robust movement, marathon running is not included. The training is harsh on the heart.

• Death by marathon is exceedingly rare. E.g., 11 runners have died during the London Marathon since it began in 1981.

There is no question that marathon running can actually harm the heart in non-fatal ways, but again, this data is an extremely poor defense for “You can be fat and healthy.”

Dr. Simpler refers to a condition called TOFI: thin on the outside, fat on the inside.

She explains that “the arteries are clogging up even if the person is not overweight. It’s directly related to our over-processed high fat diet.” 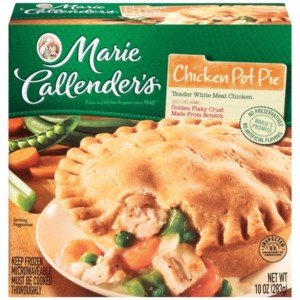 Fatty streaks in their arteries have been discovered upon autopsies after fatal car accidents.

The more SAD your diet, the “higher likelihood of being ill,” she says. A woman doesn’t get to a size 18 by overeating green salads, quinoa, steamed vegetables, berries, barley, seeds or nuts (and we mean nuts in natural form, not maple or chocolate/sugar coated).

Not that this is all you should eat, but to some people, “moderation” means 3,000 calories a day of processed food and only 500 of foods in their natural state.

Let’s stop defending “You can be fat and healthy” by pointing out that people have died running marathons. This binary thinking smacks of insanity.

Dr. Simpler received her medical degree from University of Maryland School of Medicine and has been in practice for over 20 years.