Why Is Dr. Nowzaradan of 600 Pound Life Always Hunched Over? 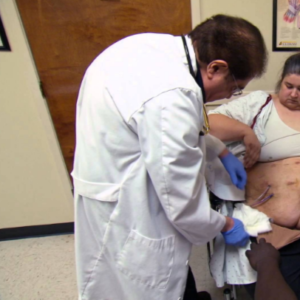 Are thousands of hours hunched over during surgery the cause of Dr. Nowzaradan’s hunched back?

Or is Dr. Now’s perpetual hunching over just bad posture?

• It’s not caused by thousands of hours performing surgery.

• If it were caused by all the surgery he’s performed, why aren’t most other surgeons—especially those over 60, afflicted with this condition?

The condition that makes Dr. Younan Nowzaradan “hunch over” is called kyphosis.

I sent the photo of Dr. Now in this post to Justin J. Park, MD, a board certified orthopedic spine surgeon with The Maryland Spine Center at Mercy Medical Center in Baltimore, MD.

Dr. Park explains, “Although ‘hunching over’ or development of kyphosis is a natural part of aging for both men and women, I think that the man in the photo has a more severe form of kyphosis that is not part of natural aging.

“He may have a condition called Scheuermann’s kyphosis. It often develops in adolescence and can be a cause of back pain.”

Kyphosis is an abnormal curvature of the upper spine and has nothing to do with bad posture. 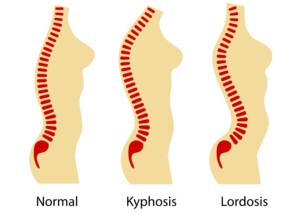 “Kyphosis is a result of disc degeneration and vertebral body collapse that leads to the deformity,” says Dr. Park.

“Because it is a structural condition, people can’t ‘just straighten out’ from it.”

When they lean over or bend over, the curvature, or the so-called kyphotic curve, becomes more pronounced.

In Dr. Now’s case, we don’t know for sure what the cause is, but he clearly has kyphosis.

Scheuermann’s disease is a malformation of the spine that begins after puberty.

The treatment for Scheuermann’s is a special back brace applied to the young patient who’s still growing; this may arrest progression of the rounding of the upper back.

However, Dr. Park says, “Unfortunately, bracing for kyphosis oftentimes is not effective in preventing further deformity.”