Why Do Onions Make You So Hungry? 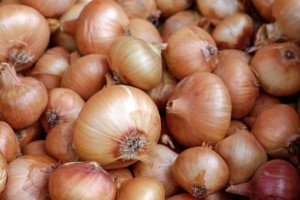 Have you noticed that soon after eating anything with onions, you’re so hungry you can eat a horse?

And this hunger from onions is relentless, because you keep eating afterwards and the hunger is still deep.

Whether it’s sliced onions in a sandwich, or bits of onion in chicken salad or tuna, or in a green salad – you know there will be hell to pay after eating them.

I was inspired to write this article because this is what happens to me.

Many years ago I discovered that onions were the culprit in the blistering hunger that I’d suffer from after eating three homemade, whole-grain bagel sandwiches (beef patty) throughout the day at work. Come the third one, I was still hungry.

They had onions in them. Yet there were other days that I’d have a bagel sandwich without onions, and did not have the hunger.

It was a while before I began suspecting the onions. With a little experimentation, my suspicions were confirmed.

I love onions; they add such a zing to certain foods, and they’re very healthy for the body.

I don’t have this problem as much with grilled onions. It’s just the raw, be they red or yellow.

I’ll have a good helping of chicken salad with red onions from Whole Foods, and I know there will be a big price to pay: relentless hunger afterwards, despite continuing to eat sensibly.

But I’ve actually binged as a result of this hunger induced by onions.

Onions are a very low glycemic food. There really should be no reason for them to induce hunger.

But it’s very easy for me to prove that this is indeed the case with me.

On onion days I am VERY hungry. I try to avoid onions, and have finally decided to stop eating Whole Foods’ chicken salad—which is the best chicken salad I’ve ever had.

I’ve also decided to stop putting sliced onions in my lamb sandwiches and green salads. I can’t deal with this hunger triggered by onions; it’s made me overeat the wrong foods.

What May Be Going on

“Onions are, believe it or not, a common food that people become intolerant to,” says Dr. Keith Kantor, a leading nutritionist and CEO of the Nutritional Addiction Mitigation Eating and Drinking (NAMED) program, which treats substance abuse, mental illnesses and other illnesses.

“If someone has a severe, moderate or even mild food (onion) intolerance, there is inflammation present, specifically in the gut,” continues Dr. Kantor.

“When the gut is inflamed it can cause us to have increased cravings — specifically sugar and carbohydrates.”

Dr. Kantor has a PhD in nutritional science and a doctorate in naturopathic medicine, has appeared on CNN and Fox News Channel and has been an advocate of natural food and healthy living for 30+ years.