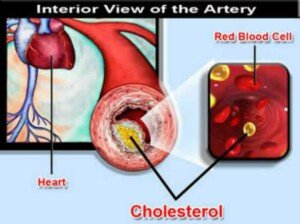 The so-called bad cholesterol can be raised by menopause—and that’s really bad.

But there IS something you can do to knock this cholesterol back down.

Bad cholesterol is also known as LDL, and menopause can dramatically raise this – into a an undesirable range, says the Journal of the American College of Cardiology (Dec. 2009).

Dr. Tutera is an OB/GYN and specialist in bioidentical hormone replacement therapy.

Dr. Tutera adds, “The lower the testosterone production, the lower is the amount of that enzyme, which causes elevation of LDL in a short period of time.”

Without the lipoprotein lipase in normal amounts, exercise and healthy eating won’t do much for controlling your LDL cholesterol, says Dr. Tutera.

Can a woman lower her LDL cholesterol that menopause caused a big increase in?

“The use of bioidentical testosterone and estradiol,” says Dr. Tutera, “when delivered by subcutaneous pellets, allows for continuous release of hormones under the body’s control, and re-establishes cardiovascular protection by elevating HDL [good cholesterol] and lowering LDL.”

Can use of bioidentical hormones elevate the risk of breast cancer?

“In fact a Dr. Davelaar published a 20 year study that showed women who were using pellets containing bioidentical estradiol had no increased chance of developing breast cancer when compared to women not using any estrogen whatsoever.”

Testosterone, says Dr. Tutera, has a tendency to impede the proliferation of breast tissue cells. This in turn cuts down on the development of nodules and cysts.

With all of that said, menopause or not, a woman should make a concerted effort to keep get her cholesterol numbers where they should be at.

Though menopause can raise the bad LDL cholesterol, so can a poor diet and lack of exercise.

initially specialized in obstetrics and gynecology and then moved on to treating hormonal imbalances in women. He passed away in 2015.