Can You Be Anorexic but Not Thin or Underweight? 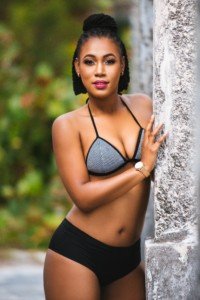 First of all, not all women who appear “too thin” have an eating disorder.

Anorexia nervosa is a term that many laypeople associate with a particular body appearance: emaciated or even not that, but one that still appears “way too thin” such as the body of film star Angelina Jolie.

“She looks anorexic” is a common statement made by people upon observing a skinny woman. 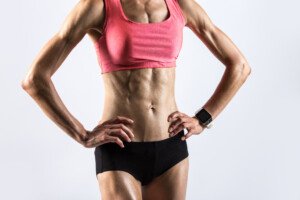 Anorexia nervosa, however, isn’t just a certain type of body. It’s a way of thinking, a psychiatric disorder, that leads to severe weight loss.

So in the early stages of anorexia nervosa, it’s true that a person (almost always female) can be anorexic and still have a normal-range body weight. She may even be a little overweight.

All the weight loss doesn’t occur overnight, though it’s rapid. So if the anorexic has a starting weight of 140 pounds on a 5-6 frame, she’ll appear normal for a while.

But it won’t be long before family and friends begin noticing she’s “getting too thin.”

• So the bigger question, then, is this: Is it possible for an anorexic to maintain a normal body weight?

A recovered or recovering anorexic can maintain a normal or near-normal body weight. But not one whose disorder is in active status.

“In the old DSM-IV, the criteria for anorexia nervosa included a refusal to maintain body weight at or above a minimally normal weight for age and height (e.g., weight loss leading to maintenance of body weight less than 85% of that expected),” explains Linda Centeno, PhD, clinical psychologist, and assistant director of the Koch Center in NJ that specializes in eating disorder treatment.

Dr. Centeno continues, “Most individuals at or below 85% of their ideal body weight DO look ‘too thin.’

“But in order to be diagnosed with anorexia nervosa there also needs to be an ‘intense fear of gaining weight, even though underweight,’ and a ‘disturbance in the way in which one’s body weight or shape is experienced.’

“Therefore, someone can be ‘too thin’ but not have ‘anorexia nervosa’ if the other criteria are absent. Being underweight alone does not mean a person has anorexia nervosa.”

And then she holds to her word and a month later weighs 95 pounds—and still thinks she’s “fat.”

The anorexic doesn’t just magically stop at 110 pounds or even 100 pounds, as she pursues weight loss. 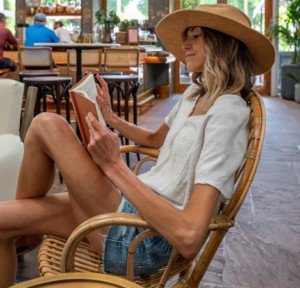 Anorexics in treatment, however, will typically gain weight from a point of emaciation (e.g., 73 pounds) but then may reach a standstill at 100 or so pounds.

They’re no longer gaining weight (which they should), but they’re not trying to lose weight, either. They’re struggling with recovery.

“For many people with anorexia nervosa, unfortunately, the disease does progress rapidly and requires professional help (medical and psychological),” says Dr. Centeno.

“If professional intervention is sought, individuals often do well and improve.”