Is Stockholm Syndrome a Function of Character Weakness? 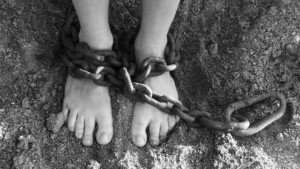 Does a hostage victim who gets Stockholm syndrome have a pre-existing character weakness?

Does bonding to the kidnapper mean that the victim is mentally weak?

The most critical developmental period of a child’s life is between age 5 and 10, according to the annals of child psychology.

He is an expert on Stockholm syndrome.

In the famous case of Jaycee Lee Dugard, who was abducted at age 11 and developed an intense Stockholm syndrome towards her perpetrator Phillip Garrido, the second decade—not the first—of her life proved to be the most programmable.

“I’m sure that Jaycee Lee Dugard has been hurt by her experience, but, yes, most of the groundwork for psychological health is laid during childhood,” says Dr. Epstein.

“By the time young people are 12 or 13, they are fully formed in most critical respects.”

Dugard, even well into her late 20s (she was rescued at 29), couldn’t bring herself to contact her parents—just to say “Hey, I’m alive.”

It’s too simplistic to blame this on Stockholm syndrome. After all, why would being bonded to Garrido impede her desire to send a note to her parents?

Most people in the worst of circumstances maintain some degree of contact with their parents.

Dugard had access to the Internet and the ability to send out snail mail.

Dr. Epstein explains, “The devil is in the details. Jaycee Lee Dugard clearly had opportunities to leave or at least to contact relatives.

“An emotional bond with Phillip Garrido is possible, but it could be simply that Jaycee Lee Dugard was ashamed of what had occurred.

“Without us knowing more about her and what happened over the years, it’s impossible to say.

“We would also need to know about the relationship Jaycee Lee Dugard had – as she saw it back then – with her own family. There are just too many unknowns here.”

Can a person be immune to Stockholm syndrome?

“I don’t think immune is the right word, because Stockholm syndrome is not a disease,” says Dr. Epstein.

“But certainly most people are unlikely to form emotional bonds with their captors, no matter what the circumstances.

“Between 1979 and 1981, 53 Americans were held hostage for 444 days by Islamist extremists in Iran. No one has ever claimed that any of the hostages formed emotional bonds with their captors.

“If you think about them that way – and compare them to the many thousands of people who have been taken prisoner in wartime – it becomes obvious that the Stockholm syndrome is a rare event.”

Does character weakness make a person vulnerable to Stockholm syndrome?

“Under unusual conditions – think about the famous Patty Heart abduction – some people can be worn down, emotionally, cognitively and physically, by their captors, in a way that makes them vulnerable to bonding with one or more of their captors,” says Dr. Epstein.

“And people who naturally have trouble forming attachments are probably also less vulnerable.”

Dr. Epstein adds, “For a bond to occur with a captor, one has to mistakenly confuse the emotions one is feeling when one is weak and agitated with feelings of liking or loving. This can happen, for sure.”

“Again, those psychological factors I mentioned are probably important,” says Dr. Epstein. “The key is attribution: the way people interpret their weakness and agitation.

“Most people will interpret it correctly, as anger caused by their abductors. A few will make a faulty attribution.

“The interesting thing here is that the underlying physiological state (the ‘arousal syndrome’) can be interpreted in different ways.”

It’s said that an escape attempt could anger the captor into killing his victim. But that’s only if the captor is around.

There’ve been cases, such as with Jaycee Lee Dugard and Sean Hornbeck, in which the victim had numerous escape opportunities when the captor was absent.

Stockholm syndrome explains a bond, but a bond does not explain refusing to contact your parents by phone, if only to say, “I’m alive.”

In other words, why would Stockholm syndrome preclude the victim from bonding with more than one person (the abductor AND their parents/spouse/significant other)?

For instance, did Sean Hornbeck lose the bond he had with his parents such that he never felt a desire to contact them even though his captor allowed him to freely ride a bicycle throughout the neighborhood?

“We just don’t know the details,” says Dr. Epstein. “Jaycee Lee Dugard may have bonded, or, perhaps more likely, she was just too ashamed to leave.”

It’s been reported that Hornbeck felt shame in going back to his parents.

This would mean that the idea of facing his parents’ shame was more troubling than that of enduring the sexual assault from his abductor, Michael J. Devlin.

This makes me wonder what kind of home life Hornbeck had prior to his abduction.

It’s entirely possible for a child to be abducted from a wretched home environment.

In 1973, several bank employees were taken hostage in Stockholm, Sweden.

“The bonds that occurred during that famous incident had more to do with the particular characteristics of the people involved than with any universal human traits,” says Dr. Epstein.

Whether or not character weakness or being mentally weak plays a chief role in developing Stockholm syndrome cannot be demonstrated scientifically.

But it’s always fair to wonder if character weakness or psychological weakness is a causative factor in the small percentage of victims who develop Stockholm syndrome.

Dr. Robert Epstein is a long-time researcher and professor and the former editor-in-chief of Psychology Today magazine. He conducts research on interpersonal relationships and other topics.