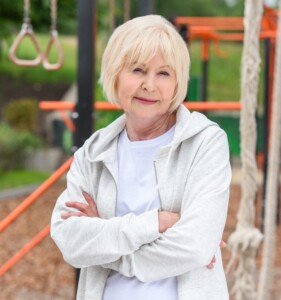 Which should the elderly do to prevent muscle loss: rely on strength training (weightlifting) or fish oil supplements?

Most elderly people have significant muscle loss, and omega 3 fish oil can actually help — according to studies. But sometimes you have to be really careful where you put your faith.

My elderly father has been taking fish oil gel caps faithfully every day for years, but as time marches on, he continues to lose muscle.

I can’t believe how thin his upper arms have gotten. He doesn’t strength train!

An elderly person’s first line of defense against muscle loss is weightlifting.

In fact, strength training should be started in younger adulthood for the greatest positive impact. But even when it’s begun in middle age, the results will be extraordinary for those who take it seriously. 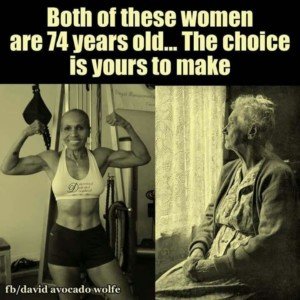 So what, then, about fish oil supplements?

Fish oil pills are no replacement for weight-bearing exercise, but research indicates that they will make a difference.

Insulin resistance, like the name implies, means that the receptors resist this hormone.

This is a serious problem because the cells end up shorted of their energy source.

Aging cells are more likely to become insulin resistant; being elderly is a risk factor for this problem.

Insulin is necessary for growth of muscle tissue. This is why savvy bodybuilders will consume a meal high in “quick acting” carbohydrates immediately after a weight workout, to spike an increase in insulin!

Insulin boosts synthesis of muscle protein. Increased insulin resistance in the elderly is a key player in loss of muscle strength, says research from University of Texas Medical Branch.

The researchers increased levels of insulin in elderly study participants, and this restored their hampered muscle-building mechanism. “… when we gave seniors double the insulin they would normally produce after eating, their muscles were stimulated like those of young people,” says Dr. Elena Volpi in the paper, and senior author of the study (Diabetologia , Sept. 2009).

The insulin was given intravenously to 14 elderly subjects. Dr. Volpi clarifies that the insulin “resistance” that comes from old age is not the same as the insulin resistance of type 2 diabetes. 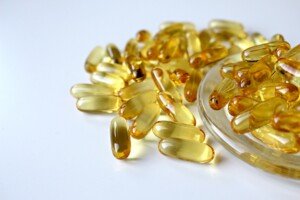 The researchers gave omega 3 fish oil to steers, and the results were that these animals had improved muscle protein metabolism.

The research was headed by Carole Thivierge, Université Laval’s Institute of Nutraceutics and Functional Foods, and she concludes that supplementation with omega 3 fish oil pills can help prevent muscle loss in elderly people.

And yet another study on fish oil suggests the same conclusion. This study, headed by Vera Mazurak, PhD, of the University of Alberta in Edmonton, Canada, examined the role of omega 3 fish oil on muscle loss caused by cancer.

The results were very favorable, and she deduces that elderly people who are at risk for losing muscle should be able to benefit from two grams a day of omega 3s from fish oil.

What does a personal trainer think?

As a former personal trainer at a gym, I stand by my opinion that weight-bearing exercise is the best fountain of youth for the elderly and will go a long way in aiding prevention of muscle loss, and will even restore some lost muscle.

But I just can’t believe that we can preserve muscle mass by ONLY taking a supplement, and doing NO strength training. It can’t be this easy. Because it isn’t.

You must bear weight, like the woman pictured on the left above at age 74.

But whether an elderly person lifts weights or not, the research on fish oil omega 3 supplements can’t be ignored.