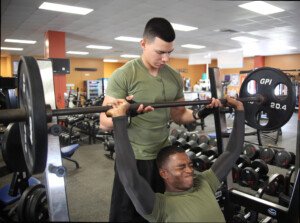 Is it really true that intense exercise can prevent you from ever getting insulin resistance?

IR is when the body’s cells can no longer efficiently “take” the glucose molecules that are delivered to them via the hormone insulin.

Glucose is blood sugar. When insulin receptors on the cells can no longer receive all the sugar for energy, the body is then left with unutilized sugar, resulting in higher-than-normal blood sugar levels, and excess sugar going to the liver where it’s converted to fat.

Intuitively, it seems as though regular intense exercise should prevent insulin resistance.

After all, exercise lowers blood sugar and creates more insulin receptors on cells.

We’ve always heard that type 2 diabetes, of which insulin resistance can lead to, can usually be controlled with just diet and exercise.

And we’ve heard that lack of exercise is strongly — very strongly — implicated in the development of insulin resistance.

I consulted with Dr. David Edelson, MD, board certified in internal and bariatric medicine, one of the top obesity experts in the U.S., and founder and medical director for thin-site.com and HealthBridge.

He explains, “Insulin resistance is a genetic trait … you either have it or you don’t.

However, much like a pendulum, it must be pushed to be set into motion. The ‘push’ could be bad diet, lack of exercise, poor sleep, aging, medications or some other external environmental force.”

Think of it this way: Genetics load the gun, but lifestyle habits pull the trigger.

“So while in a strict sense exercise will not prevent insulin resistance, it will make it much harder to turn on the gene and set the wheels in motion.”

This is why exercise is one of the major forces that physicians urge their IR patients to undertake to reverse the condition. Inactivity is a leading cause of IR, which affects about one out of every five American adults.

“First of all, it burns up excess circulating blood sugar, preventing the pancreas from having to secrete too much insulin.

“Persistently high levels of insulin in the bloodstream cause reduction in the amount of insulin receptors, the first stage of manifesting IR.”

By the way, you can have a normal fasting blood sugar value and still have IR (too much of the hormone in the bloodstream because the pancreas has to over-secrete it in order to lower blood sugar).

Hardcore, intense exercise, though not capable of outright preventing insulin resistance, is a formidable tyrant at minimizing your odds of ever developing IR, not to mention so many other medical conditions.