THIN BUT BIG BELLY? 4 Exercises to Flatten Your Stomach 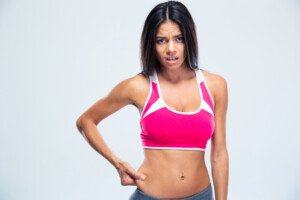 You don’t have to keep suffering with spindly arms and legs and a big belly any longer!

Pay attention very carefully, because I’m about to tell you something that’s the opposite of what you probably believe when it comes to flattening the stomach.

I didn’t mention stomach or belly. Forget the loads of sit-ups, crunches, leg lifts, side bends and endlessly-held planks.

Though these moves strengthen the abdominal muscles, they do zero for melting off the blubber.

Which burns more fuel? A Volkswagen Bug or an 18-wheeler truck? Duhh, the truck. Why? Because it’s much larger than the little Beetle.

This same principle applies to burning body fat. You want to take on the highway your 18-wheeler muscles, not your little Bug muscles (the abs).

So even though the fat is in your belly and you’re thin everywhere else, it’s the leg/butt and back/chest muscles that will get rid of this fat. If you had to do only four exercises to flatten your stomach, it’s these: 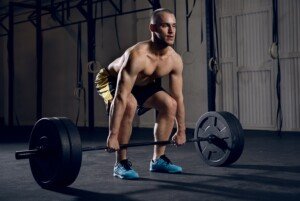 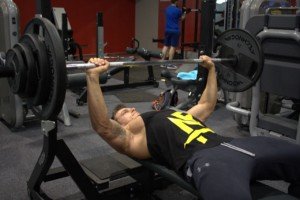 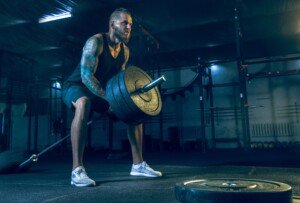 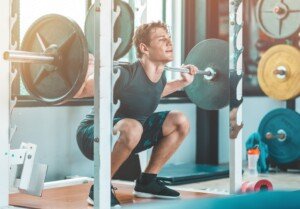 These four exercises are so formidable, that even for hours after you’ve completed the workout, your body is still in a state of deficit or recovery.

Unless you’re overeating, your thrashed 18-wheeler muscles are going to be raiding your fat reserves—which are mostly stored in your stomach. Is this making sense?

Where is the fuel tank of the big truck located? Towards the front, right? In fact, in the 1950’s, the fuel tank was located in the rear of the cab that encloses the driver.

Since then it’s further back, but still what you’d consider towards the front overall.

Most of the truck, then, is behind the fuel tank. Do you now see how the burning of that fuel is NOT related to the LOCATION of the energy output?

Hammer these muscles and they will be screaming for recovery fuel—and that fuel’s in your belly! This is how you shrink your waistline and flatten your stomach despite being thin elsewhere.

Set weight heavy enough for eight repetitions but no more than 12. If you can do 13, increase the weight!

Sixty to 90 seconds of rest in between sets of the same exercise; two to three minutes between different exercises.

You need not limit your regimen to the four exercises.

It’s just that if you had to pick only four, these would be them (though there are many honorable mentions such as tire flips and overhead barbell presses).

Do the exercises twice a week with three days in between, e.g., Mondays and Thursdays.

I’m not mentioning cardio because this article is strictly about the four weight training exercises to do for flattening the stomach on a thin body.

Note: The more you bend your legs with the corner row, the more this exercise becomes a duo one: back and legs, which is why I like it.

If you’re not feeling hammered after every set, you’re not working hard enough, and that’s the key to flatten the stomach and get rid of the fat belly if you have an otherwise thin body.