Medically reviewed by D'Wan Carpenter, DO 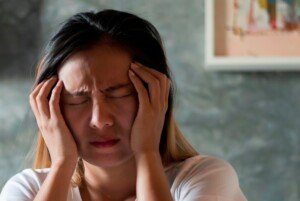 Is it just a matter of word choice when it comes to a concussion vs. a mild traumatic brain injury?

Or are these two distinct conditions with medical differences?

According to a report in Neurosurgery, the Concussion in Support Group (CISG 4) advises that “no athlete at any age or level of competition” should return to their game or practice on the same day that the condition is diagnosed.”

In general, when someone is diagnosed with a concussion, there is a rapid onset of neurological symptoms that are short-lived, resolving spontaneously. In fact, about 80-90 percent of cases resolve in seven to 10 days.

Is there a medical difference between a concussion and a mild traumatic brain injury?

“Concussion usually refers to sports related head injuries and is a type of mild TBI,” says D’Wan Carpenter, DO, a board certified physical medicine and rehabilitation physician with SIMEDHealth in FLA.

“They are identified by the time, if any, loss of consciousness, post-traumatic amnesia and confusion.

“For all mild TBI (including concussion) loss of consciousness is less than 30 minutes, post-traumatic amnesia less than 24 hours, and Glascow coma scale (GCS) 13-15.”

Is imaging different between people diagnosed with a concussion vs. a  mild TBI?

Dr. Carpenter explains, “For both concussion and mild TBI, imaging is typically normal.

“If there are imaging abnormalities to categorize a mild TBI, it is then classified as a complicated mild TBI.

“In short, I would disagree with the school of thought which distinguishes concussion and mild TBI simply based on imaging.”

When my father fell and struck his head, he displayed neurological symptoms: initial belligerence (not characteristic of him), not thinking clearly, perseveration (repeating the same words/phrase over and over), short-term memory loss and the inability to recall that a few weeks prior, he’d undergone knee replacement surgery.

However, the CT scans of his brain upon ER admission, and the day after, were normal.

The symptoms resolved over the next several hours after ER admission, and there were never any other issues.

When my mother fell and struck her head, she displayed NO neurological symptoms at all. And her CT scan that day and the next were normal.

However, six weeks later she developed neurological symptoms. The CT scan showed bleeding in her brain: a chronic subdural hematoma. At that point she was diagnosed with a mild traumatic brain injury.

Don’t Get Caught up with Terminology

• Instead pay close attention to symptoms, especially if they worsen.

• For athletes who take a good hit to the head, a rest period of 24-48 hours is very important, followed by a gradual return to sport — with medical clearance.

• A headache that’s worsening is a very concerning symptom, especially if accompanied by nausea/vomiting, increasing drowsiness or altered mental status.

• The absence of a bleeding gash or “bump” on the head is not predictive of a mild brain injury vs. more severe.