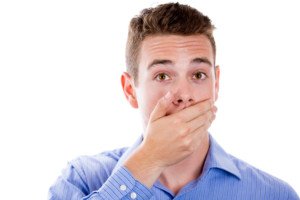 Unfortunately, excessive burping new in onset can be caused by cancer, but more likely it has perfectly harmless causes.

Let’s look at this more closely.

What are the benign causes of recent excessive burping?

“People are fascinated by burping,” says Larry Good, MD, who’s been a practicing gastroenterologist for 40+ years. Dr. Good has a private practice located in Lynbrook, NY and is affiliated with Concierge Choice Physicians, a leading provider of personalized care in the U.S.

“Simply put, burping occurs when air is trapped in the esophagus,” says Dr. Good. “This happens most often when people swallow too much air.”

Pay attention to how much air you gulp when you drink fluids.

You might be thinking, Well, I’ve been drinking liquid out of a glass since I was a baby, so why NOW am I having all this excessive burping?

Maybe it’s because you’ve taken up juicing, and drinking vegetables in liquid form is very unpalatable, so to get the unpleasant drink down as quickly as possible, you gulp at it—taking in enough air to result in a lot of burping.

Cancer and Other Serious Causes of New-Onset Excessive Burping

“Rarely, burping can be associated with serious diseases like achalasia [mechanical disorder of the esophagus], esophageal stricture [narrowing] or cancer, but in these cases it is usually associated with difficulty swallowing,” says Dr. Good.

Dr. Good has additional expertise in the diagnosis/treatment of IBS and inflammatory bowel disease, and is extremely proactive in genetic testing, individualization of pharmacologic treatment, and risk mitigation in cancer screening/prevention. Concierge Choice Physicians