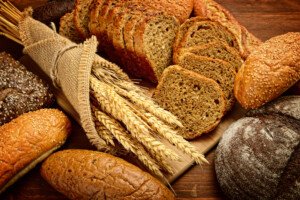 What if the blood test for celiac disease is negative, but a stool sample is positive for elevated antigliadins?

Was your celiac blood test negative, but a stool sample positive for elevated antibodies for gluten?

]And suppose you don’t have symptoms that can be ascribed to celiac disease. What should you do?

How telling is that stool sample that shows an immune response to gluten? Gliadin is a component of gluten, and antigliadins are the antibodies.

Celiac disease cannot be diagnosed based on a stool sample.

However, a stool sample showing elevated antigliadins definitely means that an immune response is occurring to gluten.

A person can have the gene/s for celiac disease and gluten sensitivity; different genes are involved.

The elevated antigliadins can be the result of the gluten-sensitivity genes expressing themselves, not the celiac disease gene/s expressing itself.

If the person does not have symptoms, it gets trickier, since the symptoms will start vanishing once gluten is eliminated.

“Research is continuing to show that antibodies are predictive of certain degenerative diseases including celiac disease,” says Nicole Kuhl Visnic, CCN, a dietitian and nutritionist in Santa Monica, CA.

“Anti-transglutaminase antibodies are one type of antibody that may indicate a predisposition to celiac disease.

“However, there are other antibodies and markers such as antigliadin, glutenin, and gluteomorphin that may show up sooner than anti-transglutaminase antibodies.

“Waiting for anti-transglutaminase antibodies to show up on the labs before you take action is like sticking your head in the sand.”

Transglutaminase refers to the blood test.

“The preventative medicine field has advanced greatly by way of lab testing. Cyrex laboratory has a new test for gluten sensitivity that is far more sensitive than stool tests.

“Doing this kind of test is important because it is not likely that an individual will take dietary restrictions seriously without ‘proof.’ Continuing to eat gluten, even small amounts, provokes an immune response that perpetuates the disease process.”

Can a person have celiac disease if the transglutaminase test is negative, but the stool sample has antigliadins?

Kuhl Visnic explains, “No. There are typically three steps taken to establish diagnosis for CD. The first step is a blood test (including transglutaminase), the second is biopsy of small intestine, and the third is implementation of a gluten-free diet.

“If the small intestine returns to its former healthy state following a gluten-free diet, a diagnosis is made.

“It’s important to understand that diagnoses are made late in the game. Celiac disease is a result of ongoing damage that has progressed to the disease stage.

“In the prevention model of health care, the goal is to prevent the damage from ever occurring.

“This is why it is prudent to avoid gluten if you have positive markers for gluten sensitivity.”

Nicole Kuhl Visnic specializes in custom-designed diets tailored to the individual and has worked with numerous celiac disease patients.