How a Low Thyroid Can Make You LOSE Weight 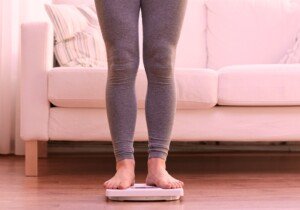 It’s possible that low thyroid can cause weight loss — but wait till you find out how this can happen.

Hypothyroidism (the medical term for “low thyroid”)  is often blamed on gaining weight.

Hypothyroidism is associated with weight gain and being overweight. How many times have you read or heard about overweight people blaming low thyroid on their inability to lose weight?

However, low thyroid can cause weight loss, too. I know this because my mother has hypothyroidism and it has caused her to lose weight.

But how can this be? What few people realize (and many doctors overlook this as well, including my mothers’ doctors) is that hypothyroidism is a major cause of clinical depression.

A savvy doctor, upon being presented with a clinically depressed patient, will order a blood test to screen for low thyroid before hastily prescribing the antidepressants.

My mother’s low thyroid caused her to sink into a profoundly depressed state. This went on for about two months before she finally got a blood test that revealed hypothyroidism.

She undergoes knee surgery, and immediately afterwards slips into a deep, dark hole of depression, with absolutely no interest in eating.

She quickly loses 10 pounds (from 145) and must be begged and pleaded with just to eat 600 calories a day.

Six weeks after surgery finally goes on Cymbalta (my father was the obstacle to this; I’d been insisting on an antidepressant since several days post-op, but he wouldn’t hear of it and was in denial, and my mother as well detested the idea of antidepressants; but finally my father agreed).

Cymbalta works like a charm: My mother’s interest in eating resumes the day after her first dose!

However, over the next several weeks she develops other symptoms: constipation and excessive sleepiness.

We take her to ER. The ER doctor notices what appears to be hair loss on her scalp and orders a thyroid test!

Bingo! The test comes back positive for hypothyroidism, which explains all of her symptoms (including cold intolerance and an occasional hoarse voice).

Low thyroid can cause a myriad of symptoms, but the ones that get the most publicity are the weight gain, fatigue (which my mother also had), hair loss and feeling cold in a warm room.

My mother will be taking medication for low thyroid for the rest of her life, and interestingly, she now weighs 131.

She had eventually gotten back up to 143 (she’s about 5-4), and never “gained weight,” but about 10 months after the hyperthyroidism diagnosis, she had emergent quintuple bypass surgery.

This tripped up her thyroid level (resurrecting the depression), and hence, her medication had to be increased!

It took several weeks for the increase to start taking effect (and she eventually got her appetite back).

Interestingly, the depression had disappeared, but eating like a bird, and holding onto the weight loss, persisted for a while.