Can Insulin Resistance Kill You? 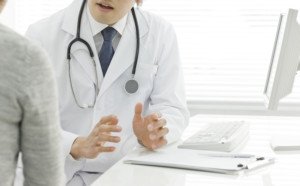 Wondering if insulin resistance can kill a person?

Can you actually die, directly, from insulin resistance?

Nevertheless, can insulin resistance, of which 60 million Americans have (many not even knowing it), outright kill a person?

“Nobody will ever die as a direct result of having insulin resistance,” says Dr. David Edelson, MD, board certified in internal and bariatric medicine, one of the top obesity experts in the U.S., and founder and medical director for thin-site.com and HealthBridge.

“However, think of it like a stick of dynamite with a very long fuse,” he continues. “Treat it properly with good lifestyle habits and the fuse will never be lit. Adopt poor lifestyles like a diet high in starches, sugars and bad fats, lack of exercise and poor sleep patterns, and you light the fuse.”

I’m a former certified personal trainer and have known many people who believe they get adequate exercise, when in actuality, just the opposite is true.

Vacuuming and hoisting out the garbage on Sunday evening shouldn’t count as your exercise for Sunday, especially since these tasks involve non-neutral spinal alignment — a bad thing.

You still owe yourself at least 20 minutes of vigorous exercise — in a systematic, methodical way, such as a combination of jumping rope, stair stepping (even one step will suffice if all you have is one step in the house), lunges, squats and jogging in place with high knees.

Bad fats are found in commercially-prepared pastries as well as many snack or munchies-type foods. Read the ingredients lists, even if the box says “no trans fats.”

If you spot the word “hydrogenated” in the ingredients list, don’t buy the item; this is a bad fat.

And limit sugar (and high fructose corn syrup) consumption. Sugar is so ubiquitous that it’s found even in tomato soup.

Dr. Edelson continues, “Along this fuse, you pass certain critical points: One is the metabolic syndrome, another obesity, as well as high blood pressure, and finally type II diabetes.

Each of these points makes the fuse burn faster toward the eventual explosion of heart attack, stroke, kidney failure, etc.”

So the answer to “Can you die from insulin resistance” is actually no, in terms of a direct way, such as dying from a gunshot wound.

Insulin resistance is a warning that you are on the path to type 2 diabetes, a top 10 killer of U.S. people.