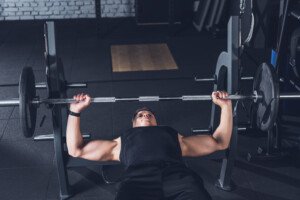 One more reason to lift weights is that it will prove a mighty defense against insulin resistance.

And you do not want insulin resistance. This is a precursor to type 2 diabetes. Normal fasting blood sugar (glucose) numbers range from 60 to 99.

It’s when the insulin receptor sites on muscle cells aren’t very efficient at receiving blood sugar that’s delivered to them via insulin.

The receptor sites “resist” the attempt of the insulin to give them the muscle cell’s fuel source: sugar.

Hence, the level of sugar in the blood rises into an undesirable range.

But research doesn’t just confirm that greater muscle mass lowers the risk of developing insulin resistance, but it also shows a positive relationship between sensitivity to insulin (the more sensitive, the better), and amount of muscle mass (relative to body size).

“Insulin resistance in the muscles is most linked to two things: 1) having less muscle mass, and 2) being at capacity for storage of carbohydrates in the muscles as glycogen,” explains Sheri Colberg, PhD, Professor Emerita, Exercise Science, Old Dominion University, founder of Diabetes Motion, and one of the world’s leading experts on diabetes and exercise.

“Aging by itself can lead to loss of muscle mass over time, and physical inactivity additionally contributes to such losses.

“To enhance insulin sensitivity, it is important to gain or retain muscle and use up some of the glycogen stored there.

“In other words, it’s like the muscle is a carbohydrate gas tank: You want to have as large a tank as possible and always try to keep it partway empty with regular physical training.” 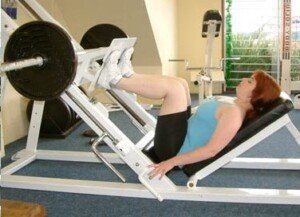 The study, reported in the July 2011 Journal of Clinical Endocrinology & Metabolism, states that the greater the muscle mass in a person, the lower that individual’s risk of having the precursor to type 2 diabetes: insulin resistance.

Think of insulin, a hormone, as a wagon that carts glucose (blood sugar) to the receptors on the muscle cells.

The receptors are supposed to welcome the wagon with open arms. This is healthy glucose metabolism. Exercise, including lifting weights, will enhance this process.

The study “suggests a role for maintaining fitness and building muscle,” says the study’s lead author, Preethi Srikanthan, MD, in the paper.

If you’re overweight and have found it nearly impossible to lose weight or keep lost weight off, you now know that there is something you can do to help prevent prediabetes, whether or not you lose fat.

And that is to take up strength training.

The mission of Diabetes Motion is to provide practical guidance about blood glucose management to active diabetics. Dr. Sheri Colberg is the author of “Diabetes & Keeping Fit for Dummies.”