Benign Cause of Food Tasting Soapy 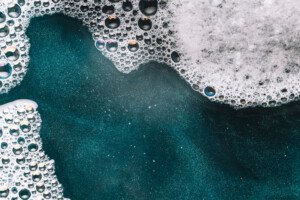 If your food sometimes tastes soapy, there may be a perfectly benign explanation for this.

Every so often I was noticing a soapy taste to my food.

I had always suspected that it was due to residue from the bar of soap at my kitchen sink making its way to the food.

When I began getting very strict about this, the periodic soapy taste disappeared.

What to Do if Your Food Tastes Soapy 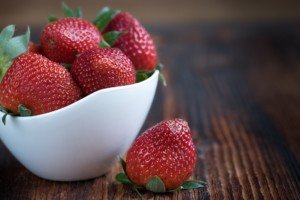 Make a note of which foods seem to have the taste of soap in them.

After a while you may notice that it’s only certain foods. In my case it was only steamed vegetables.

Then ask yourself if those particular foods can, in even the most remote sense, come in contact with either dishwashing liquid or bar soap.

Also ask yourself if there’s any tiny soap splatter going on when the kids are helping you wash the dishes or just playing around.

Tiny drops of splatter could be making their way onto your bowl of fruit sitting on the counter.

In my case, I was washing my hands with the bar soap in the sink—and the sink was empty—there were no utensils or anything there.

Then at some point after, I’d use a strainer to rinse some chopped broccoli or cauliflower, then place the strainer over a pot of boiling water.

When I was done, I’d place the strainer in the sink. The bottom of it, of course, was making contact with the sink—where hours earlier, I had washed my hands with bar soap.

Though water had been running during that task, and also during the rinsing of the vegetables, it wasn’t enough to completely obliterate invisible soap residue on the sink that resulted from washing my hands.

And this residue was getting on the strainer. Next time I used the strainer, that residue would then make contact with the vegetables—and stay on them—even though I was rinsing them.

Then I’d steam them—and the residue would remain, and ultimately make its way to my mouth when I ate the vegetables—and hence, I’d taste soap.

t takes only a very tiny, tiny amount of soap residue to be detectable by your tongue.

Another way that soap can get into your food is if soap bubbles (that you may not see) are being released, and land on a plate that’s been sitting out, and then you put food on that plate—and it picks up the residue from the bubbles.

A fork, knife or spoon, left in a sink where you had been washing your hands with soap, could easily pick up invisible residue. Then you use that utensil to eat, and voila, your food tastes soapy.

Prevent a Soapy Taste in Your Food

• Make it a rule: Any utensil or other food implement that ends up in the sink—you don’t use until it has been washed with the dishwasher.

If you accidentally place a perfectly clean item there, you can’t eat with it; assume it has soap residue, even if the last time you used soap in that sink was a few days ago.

• If you hand-wash your dishes, with a sink full of suds, make sure that there are no clean plates, utensils or glasses within “bubble-landing range.”

Have them all in the cupboards or drawers. In short, nothing that you’re going to be using to eat should be capable of catching airborne bubbles.

• Watch where you place utensils including spatulas. Did you just wipe the counter with a soapy substance to clean it? Then you placed a butter knife there?

Then you use that knife to put butter on your toast—and your toast tastes kind of soapy?