Ways to Get Your Child to Like Martial Arts Lessons 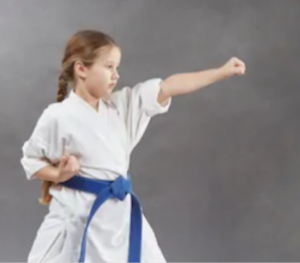 You can get your child to like karate. In fact, if your child doesn’t like the idea of taking karate lessons, this can be traced to some negative perception of the martial arts that he or she has picked up from somewhere.

It’s your opportunity as a parent to undo this perception.

Children can benefit tremendously from karate; the earlier they learn, the more likely they will be able to escape from an abduction attempt.

Martial arts teaches students how to overpower an attacker without relying on muscle strength.

You can bet that kids who are bullied in school are not proficient in the martial arts, which also teaches how to carry one’s self with supreme confidence — which is a very effective deterrent against bullying.

I have studied martial arts in a variety of schools over the years and have a karate brown belt.

If your child is afraid or reluctant to take karate lessons, never become authoritarian with a growling “Well you’re gonna take karate whether you like it or not!”

The goal is to make your child feel good about karate, not crummy or resentful.

Never tell your child they must take karate “because I said so.” This won’t cut it, and relying on this easy, quick response will fail to educate kids about the importance of martial arts.

“I’m afraid of getting hurt.” Explain that more common physical activities, such as bike riding and playing on playground equipment, have a much higher risk of injury. Physical activities that involve wheels also rank high for injuries.

And according to the Centers for Disease Control, football, baseball, basketball and soccer comprise 80 percent of ER visits for kids 5 to 14. Other high risk sports are gymnastics, figure skating, skiing and equestrian.

Tell your child that unlike many other sports, in karate, students wear protective padding, and work out on mats (stay away from martial arts schools that don’t use mats or a padded floor).

“I don’t want to fight.” Explain that there is no fighting in martial arts, but there may be fighting on a basketball court or baseball diamond when kids get into arguments.

Learning self-defense, and sparring according to strict rules are not the same as “fighting.” Tell your child that anger is not permitted in karate class.

“I don’t want to get beaten up.” Tell your child that fighting, anger and hostility are forbidden in karate schools, and that karate lessons will help your child defend himself or herself against school bullies.

Ask your child why they are reluctant or afraid to take karate lessons. Chances are, they have seen martial arts in a video game or movie and thinks it’s full of violence.

Explain that in karate and other martial arts, there is no pressure to score points or make a perfect shot, and that it will be fun. Act enthusiastic.

You can get your child to like karate. If he or she is still very leery, ask the instructor to allow you and your child to observe several classes first.

If your child, after you have tried all the tactics in this article, still feels discouraged about taking karate lessons, don’t give up.

Sign them up anyways; martial arts is something that your child will have to do because it is very good for him, just like kids must do other things they don’t want to do, like homework and taking baths.

But remember, always act enthusiastic rather than “because I said so!”