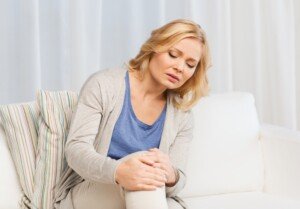 Have you found that after sitting for a while, your knee begins hurting badly?

But then it gets better after you’ve been up for a while? What’s going on here?

“One of the most common causes of knee pain is known as patellofemoral syndrome which simply refers to pain sensed by the nerves surrounding the kneecap,” says Devin B. Peck, MD, owner of Austin Interventional Pain in Austin, TX.

“This may result from a wearing away of the cartilage between the patella or kneecap and the femur, known as chondromalacia patella.” The femur is the thigh bone.

“This can lead to inflammation between the femur and patella, leading to pain with movement.

“There is often pain when standing and walking after a period of prolonged sitting, a phenomenon known as theater sign.”

Patellofemoral syndrome may also lead to what is known as a tracking problem with the patella.

The patella bone is supposed to track nicely in its groove, but if it strays off its natural fit in the groove…you may experience a lot of pain after sitting for prolonged periods. Oddly, it may feel nearly fine after you’ve been up and about for a while. 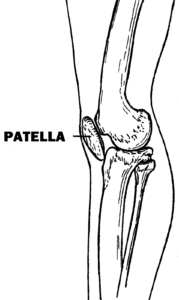 Patellar tracking problems happen more often to women, but men are not immune.

Improper biomechanics during exercise or athletics may cause it. Chondromalacia patella in athletes is commonly caused by jumping or fast running. But longer, slower running can also cause it.

After following these measures, you should no longer suffer so much with severe knee pain while sitting.

Dr. Peck’s areas of interest include chronic and acute musculoskeletal pain, sports injuries, arthritis and cancer pain, among many others. Austin Interventional Pain was established in 2019.