Can PVC’s Cause Early Death? 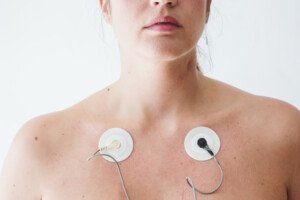 Just when you’re finally convinced that PVCs are nothing to worry about, a study comes out linking them to early death and heart failure.

UC San Francisco researchers spent over 10 years following over 1,100 participants who were from the national Cardiovascular Health Study.

“We cannot exclude the possibility that PVCs are an ‘epiphenomenon’ or some marker of future heart failure,” points out Gregory Marcus, MD, senior author of the study, which appears in full in the Journal of the American College of Cardiology.

Dr. Marcus goes on to explain that the study participants had no prior history of heart failure, and that the data in this research “would appear to be quite convincing that PVCs represent an important predictor of the disease [heart failure], causal or not.”

The relationship between the frequency of PVCs, incidents of heart failure, and death in the general population is currently not known.

The study subjects were tracked over a decade for new onset death and congestive heart failure.

A higher occurrence of PVCs was associated with decline in left ventricular ejection fraction, an increase in heart failure incidents, and greater mortality.

However, Dr. Marcus says that future studies are needed to identify “the exact types of patients, and likely the particular types of PVCs,” that are most strongly linked to heart failure.

This is all quite striking to me, because my mother has a pacemaker that is able to record abnormal heart rhythms.

At a six-month checkup, the nurse casually commented that it had recorded six-thousand-and-something PVCs (over six months).

She spoke this as though she were commenting on the common cold. She wasn’t concerned.

My mother’s cardiologist wasn’t concerned, either. Her heart rhythm was declared normal.

According to Mayoclinic.com, the following can lead to or increase the risk of CHF: coronary heart disease, high blood pressure, low thyroid (my mother has all three), faulty heart valves, heart muscle damage and diabetes.

The site also lists abnormal heart rhythms, but then states that these “may cause your heart to beat too fast, which creates extra work for your heart.”

In other words, I don’t see a description of a PVC here.

Here are a bunch of articles about PVCs. They are not as dangerous as you think.