Empower a Teen Bullying Victim with THIS Exercise 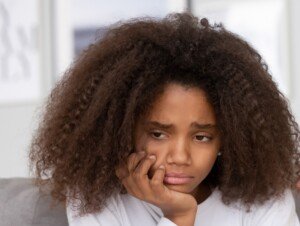 A teen who’s a victim of bullying will gain empowerment with a particular type of exercise — regardless of his or her weight or height.

Are you a teen who continuously gets bullied and sees no end in sight?

Or, are you the parent of a bullied teenager, and you’ve “tried everything” to stop this problem, but it only seems to be getting worse?

Teenagers who keep getting bullied develop a sense of helplessness or powerlessness.

Dealing with this situation should be done in a constructive, rather than destructive, way.

Try THIS to Empower the Victim of Bullying

A type of exercise will go a long way at giving the victim of bullies back some of his or her power. It’s powerlifting.

Powerlifting doesn’t have to be competition. Anyone who performs the three powerlifting moves — whether in their school’s gym, home basement or at the local rec center — is a powerlifter.

“The art and sport of powerlifting is all about putting seemingly unclimbable obstacles in front of you, getting really comfortable with feeling uncomfortable, deciding that your current limitations are unacceptable, and working your rear end off till you summit,” says Jarrett Arthur, one of the highest ranking female Krav Maga (Israeli self-defense) black belt instructors in the U.S., who instructs children and adults in self-defense. And she also powerlifts as part of her training.

I have martial arts training. I’m also a powerlifter. Even though I’m an adult who doesn’t get bullied, vs. a teenager who does…I can still vouch for the effectiveness of powerlifting.

There’s a reason I don’t get bullied, and it’s not because I’m an adult.

In fact, victims of bullies come in all ages, and the adult version of “schoolyard bullying” is workplace harassment, neighbor-to-neighbor harrassment, abusive marriages and abusive relationships.

Being an adult, in and of itself, does not deter adult perpetrators.

I know I can deadlift a heck of a lot more weight than the average man walking on the street.

This knowledge does something to the vibes that transmit from my body as I’m walking down a street past seedy-looking men.

They receive these vibes. They know I’m not prey.

This doesn’t mean that powerlifting has turned me into a bully. And it won’t turn a victimized teenager into a mean-spirited person, either. 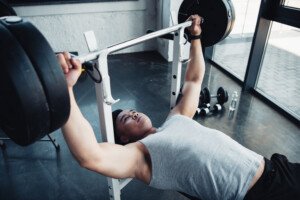 Teen victims of bullying feel powerless enough as it is. They feel helpless and this is downright frightening, because they know that the worst has yet to come: being out on their own as an adult in a dog-eat-dog world.

Powerlifting will empower them. Even if your child is only 13 years old and female…GET HER INTO POWERLIFTING.

It will not stunt her growth. Smoking and poor nutrition will, but not strength training.

Growth is determined by nutrition, what goes into the body, and the parents’ genes!

Ignoring the bullying won’t make it going away, but I’m banking that just a few months of powerlifting most certainly will — or at least, dial it down a few good notches.

Jarrett Arthur is with Jarrett & Jennie Customized Self-Defense, which offers safety and self-defense services for employees and students.