Can Aortic Aneurysm Growth Be Slowed with Losartan? 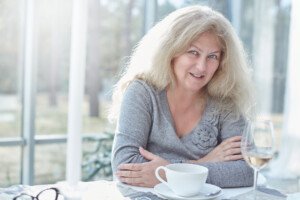 If you have Marfan syndrome and a thoracic aortic aneurysm, you’ll be very interested in Losartan, which may potentially slow the expansion of the diseased area.

Lowered blood pressure is very desirable in the Marfan patient, to reduce stress on the inner wall of the aorta.

In Marfan, the aorta becomes enlarged and can dissect, causing instant death.

A study report (Braverman et al) from 2014 hails Losartan as a possible alternative to beta blockers for slowing the growth of an aneurysm.

Even if you don’t have Marfan syndrome but nevertheless have a thoracic aortic aneurysm, the study’s findings will interest you.

The patients were followed for three years, and the results in both groups were the same as far as aortic growth rate, tear rate of the aorta, number of surgeries to repair torn aortas and number of deaths.

Losartan may be considered in patients who experience adverse side effects from beta blockers which can include nausea.

As of 2019, we must wonder where Losartan fits in with the management of thoracic aortic aneurysm. So I asked Michael Fiocco, MD.

“Although Losartan is used to lower blood pressure (classified as ARB or angiotensin receptor blocker), in this case it is thought to modify the cellular matrix of the aortic wall and inhibit expansion.

“This is in the experimental stage and I am not aware of any human clinical studies.

“Also, the studies to date relate to Marfan aneurysm but not the host of other types.

“This work continues with other ARBs, anti-inflammatory agents and even statin drugs in hopes of modifying the walls of these diseased aortas to inhibit expansion.”