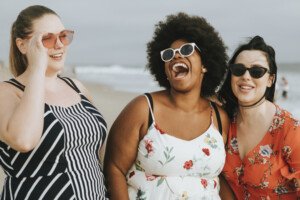 If a brain aneurysm scares the heck out of you, quit smoking and make sure your blood pressure is normal–especially if you’re a woman.

Did you know that when a brain aneurysm ruptures, the survival rate is only 40 to 50 percent?

A recent study shows a very strong link between developing, and dying from, a ruptured brain aneurysm, in women who smoke and have high blood pressure.

An aneurysm is an abnormally dilated blood vessel. When this vessel ruptures in the brain, a subarachnoid hemorrhage (bleeding) results.

The study reports that an aneurysm can be treated before it actually ruptures, but not all of these abnormal dilations ever do rupture. Doctors just can’t tell which ones will and which ones won’t.

Stop Smoking. Get Your Blood Pressure Under Control.

The variance depended on risk factors. And the strongest risk factors are smoking, high blood pressure and female gender.

Women with high blood pressure who were smokers had a 20-times higher rate of a ruptured brain aneurysm than did non-hypertensive men who never smoked. So this risk especially affects women.

The study authors believe that in women who smoke and have high blood pressure, and have been diagnosed with a non-ruptured brain aneurysm, the abnormality should be treated.

And if such is found in a never-smoking man with low blood pressure, it may not need treatment.

The Finnish study is the largest on SAH risk factors, and it revealed three new risk factors: previous heart attack; history of a stroke in a person’s mother; and elevated cholesterol levels in males.

High blood pressure and smoking are very strong risk factors not only for death from ruptured brain aneurysm, but also for the actual development of one of these abnormal dilations.

The study authors recommend that women who smoke quit once and for all, and to work on lowering their blood pressure.