Can a Thin or Skinny Child Have Sleep Apnea? 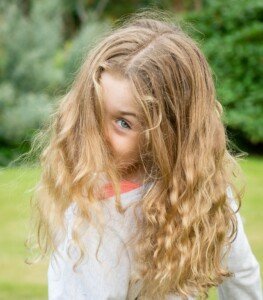 Because SA is sometimes misdiagnosed as ADHD, Dr. Barnhill sees many children with sleep apnea.

Though SA much more commonly strikes overweight middle-aged men, thin adults can have sleep apnea, and of course, since kids can be afflicted with this disorder, thin children as well can develop sleep apnea.

Dr. Barnhill explains, “Yes, it can occur because of central sleep apnea – CSA — a true brainstem dysfunction.” This dysfunction in the brainstem is not caused by excess fat in the body.

What causes the brainstem dysfunction? Dr. Barnhill says: “Those who are born with it suffer from failure of the brainstem to mature. This is called a neurodevelopmental disorder and its cause is unknown.

Other causes or theories include hazardous chemical use during pregnancy and simple genetics as an inheritable disorder.

For whatever reason, the child’s brainstem respiratory drive center fails to send proper messages to diaphragm and chest muscles to prompt normal breathing during sleep.”

So why does such a child’s apnea (thin or overweight) occur only during sleep?

Dr. Barnhill explains: “While we sleep we rarely use our chest muscles to take a breath. Most of our breathing occurs as a result of the brainstem sending messages that stimulate the diaphragm to contract and draw air into our lungs.

“When we lay down and go to sleep our breathing naturally slows and becomes more shallow and we don’t really intake as much air.

“Anything that makes this worse causes a decrease in blood oxygen which would normally prompt the brainstem to send more and stronger messages to breathing muscles and the low oxygen would be corrected. In CSA this just doesn’t happen.”

Other reasons why a thin child can have sleep apnea (central) is due to other insults to the brainstem such as:

What percentage of kids with sleep apnea are thin? Dr. Barnhill says that most children (85 percent) with CSA are not overweight.

However, most children (65 percent) with obstructive sleep apnea are indeed overweight.

The obstructive version is when the structures deep in the throat become too relaxed during slumber and obstruct the airway.

Enlarged tonsils or an enlarged thyroid can also cause obstructive sleep apnea … and this can happen in thin kids.

About 2 percent of kids have either OSA or CSA, or a combined type.