Why Do Spouses of Bedridden Obese Overfeed Them? 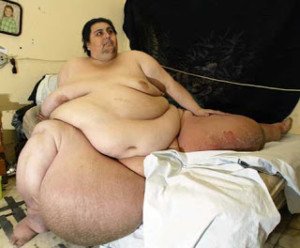 What about the enablers of super morbidly obese bedridden people: spouses or family members who keep feeding them tons of food?

Have you seen any of those TV shows about 800 or 900 pound men and women who literally live out of their beds, while a family member (usually a spouse) continues to bring them enormous quantities of food?

As a former personal trainer, I am drawn to these shows and have seen just about every case, and the one thing that boggles me is the enabler component of these situations.

Usually, the “caretaker” enabler is a spouse, but sometimes it’s a significant other, or family members such as older children.

In the case of 800 pound Billy Robbins, the enabler was his mother! 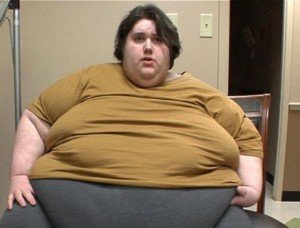 What causes enabling behavior towards the super morbidly obese who can’t leave their bed to get food?

For this article I interviewed two medical doctors: an obesity specialist and an addiction specialist.

Dr. Nusbaum says that the enabler typically functions out of a “warped sense of love.”

Enablers of the super morbidly obese have ulterior motives, he says, including that of “creating a situation where the patient is physically unable to leave them,” and making that person “undesirable to others.”

Dr. Nusbaum also explains that an enabler may be “compensating for a perceived failure to nurture in the past.”

This last explanation to a small degree explains why Billy Robbins, who at age 18 weighed over 800 pounds, was enabled by his mother.

But wanting to re-create a deceased baby does not explain why a woman brings 20,000 calories a day to her 900 pound husband, or why 960 pound Renee Williams’ daughters kept bringing her food.

“The person who enables the food addict or compulsive eater supplies food for the same reasons a loved-one buys more alcohol for a nearly unconscious alcoholic or lends money to a drug addict knowing it’ll be spent on drugs,” explains David Sack, MD, a psychiatrist specializing in addiction disorders, and CEO of Promises Treatment Centers in Malibu and Los Angeles.

Yes, “Who keeps feeding them?!” is a fair question when super morbidly obese individuals can’t even leave their bed.

TV programs show the food source as their spouses, family members or significant others, rather than pizza or other food delivery workers coming into their bedrooms.

“They want to show their unconditional love and acceptance for the obese individual or make them happy, even if just for a moment.

“Providing ‘help’ gives them some sense of control in an unmanageable situation.”

Kenneth Brumley, confined to bed at over 1,000 pounds, admits to eating 30,000 calories a day  —  catered to him by girlfriend Serena.

But what’s going on with Serena and other enablers like her?

“Some are in denial about the problem,” says Dr. Sack. “Others are codependent: Their self-esteem depends on their ability to help others, even if the help actually hurts.

“Once someone begins enabling, it can be difficult to break the cycle. The addictive behavior continues or worsens and the enabler gets drawn in further.”

Many enablers, he continues, avoid the task of correcting the problem to avoid conflict or because they’ve learned to feel helpless.

“Over time, the enabler loses their identity outside of their caretaking role,” says Dr. Sack.

Imagine how much time every day Serena must expend making sure Brumley gets his food.

Imagine how much time Cheryl must have invested feeding her husband Ricky Naputi (now deceased) enough food daily to keep him at around 900 pounds.

A man at Brumley’s house commented that outside the garage, he could smell the stench: like “one huge baby diaper.” Brumley hadn’t bathed in four years. How could Serena enable this?

Dr. Sack points out that solving the problem involves a lot more than just, for instance, Serena one day announcing, “Kenny, from this point forward, I’m bringing you only 2,000 calories a day. If food delivery comes to the house, I’m not letting them in. Complain all you want. I’m no longer your enabler.”

One of the comments to an online New York Daily News article about Ricky Naputi is as follows:

So basically he couldn’t move and she had complete power over what he would eat. I think she basically murdered him.

Dr. Nusbaum is a bariatric surgeon, board certified by the American Board of Surgery, and a Fellow and member of the American Collage of Surgeons.

Dr. Sack is a sought-after media expert and has appeared on “Dateline NBC,” “Good Morning America,” “The Early Show,” and “The Doctors,” among many other outlets.