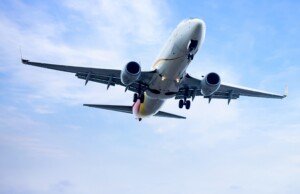 DVT from long air travel times is not likely in healthy people, says the German Institute for Quality and Efficiency in Health Care (IQWiG).

The IQWiG reveals some intriguing findings, based on analysis of millions of air travelers.

For people on a flight longer than six to eight hours, only two to five, out of every 10,000 travelers, developed a deep vein thrombosis that resulted in symptoms.

What about flights under 4-6 hours? The researches uncovered no convincing evidence that flights under this time frame put people at increased risk for deep vein thrombosis.

Nevertheless, nobody knows if they’ll be that two to five out of 10,000, so to lower risk of deep vein thrombosis, the researchers say to wear compression stockings – but put them on at least two hours prior to your flight, and they should stay on during the whole flight.

What if You’re not so Healthy and Have Risk Factors for DVT?

Though there may be a little hype relative to healthy fit air travelers, it’s certainly not a case of overreaction for flyers with DVT risk factors:

“Such clots are fairly common [while on the ground] and most often are produced by slowing the venous blood flow in these extremities, which can occur in a variety of situations such as sitting for prolonged periods, as can occur during a long air flight,” explains Dr. Tavel.

“Although clotting is unusual even under this circumstance, it can be avoided by frequent moving of the legs, flexing of the leg muscles and walking about.

“The main danger presented by these clots is their breaking away from the veins of origin to be carried by normal blood flow to the lungs, where they can suddenly block flow to portions of the lungs, a process called pulmonary embolus or PE.

“If the blocked artery is sufficiently large, it may cause serious damage and even death.”

Precautions Against DVT Are Easy

If you’re on a long airline flight, make a point of moving your legs periodically — whether you’re as fit as a fiddle or sickly.

Stretch your legs out if you can. If you’re cramped, then knock them together; go up and down on your toes; and lift your legs at the hip area (flex the hips).

DVT prevention exercises while stuck in a seat.

But the best way to keep blood circulating efficiently, so that it doesn’t clump together and form a deep vein thrombosis, is to just get out of your set and walk up and down the airplane’s cabin.

Even if you don’t have symptoms of a DVT (cramp, pain, swelling, warmth or redness in a leg), you should get up at least every hour. After all, about half of deep vein thromboses don’t cause symptoms.