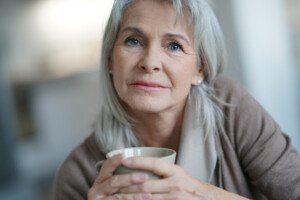 Can thyroid levels be affected by heart bypass surgery?

The thyroid controls metabolism. And metabolism is a lot more than how many calories per hour your body burns at rest.

“Metabolism is the process by which cells utilize oxygen for their performance in the human body,” says Michael Fiocco, Chief of Open Heart Surgery at Union Memorial Hospital, one of the nation’s top 50 heart hospitals.

“The simple answer is yes and likely in everyone, although only rarely is it of any clinical significance,” says Dr. Fiocco.

“Any patient in a stressful environment may have hypothyroidism based on laboratory measurements, but the majority resolve with the withdrawal of the stress (i.e., ICU, severe pain, cardiopulmonary bypass).”

Hypothyroidism means underactive, or low, thyroid: This gland isn’t producing sufficient amounts of the hormone thyroxine, which gives instructions to the body to carry out various functions.

Dr. Fiocco continues, “As far as the patient is concerned, they should be sure that their thyroid function is normal leading into the surgery, and then any small change due to the stress of surgery will not be a problem.”

A blood test that is given pre-surgery, as part of a workup to make sure that the patient can withstand the surgery, will reveal if thyroid levels are low.

Low thyroid is treated with a daily dose of bioidentical hormone replacement (to replace thyroxine).

When the dose is right, a blood test will show a TSH (thyroid stimulating hormone) numerical value that’s within a normal range.

A person with low thyroid may end up needing coronary bypass surgery (almost half a million CABG procedures are performed yearly in the U.S.), and pre-surgery, the patient’s TSH level may be normal.

However, post-surgery, even though the patient continues to take the oral dose of hormone replacement, the TSH level may not be normal; it may be off a little bit  —  enough to cause some symptoms that are typical of hypothyroidism.

T4 is another name for thyroxine, and T3 is triiodothyronine.

“The problem is that the TSH does not go up, but rather, down, so the tissue hypothyroidism is not detected by standard testing based on the TSH,” continues Dr. Holtorf.

“A TSH over 5 typically means that the thyroid is low, but with CABG, there are low thyroid levels with a normal TSH.”

“The significant physiologic stress associated with bypass will lower TSH production, which lowers T4, but more importantly, it reduces the T4 to T3 conversion inside the cell and increases reverse T3, which blocks the thyroid effect.

“Both these complications are extremely common and very treatable with supplemental T3, but it is rarely done because they are misdiagnosed as normal thyroid based on a normal TSH.”

So is a disruption in the so-called thyroid levels uncommon or common?

The best answer is to know the symptoms post-CABG that are suspicious for a thyroid issue.

If a patient has been pre-surgically receiving treatment for low thyroid, could coronary bypass surgery render their preexisting Synthroid or Levothyroxine insufficient?

Dr. Holtorf says, “Yes, it is especially a problem with those with preexisting thyroid dysfunction and on T4-only preparations.”

Symptoms of low thyroid include unexplained weight gain, feeling cold when nobody else does, unusual hair loss, fatigue and exercise intolerance.

If a person who, prior to coronary bypass surgery was normally upbeat and well-grounded, turns out to be uncharacteristically depressed, irrational and sluggish after surgery (taking into consideration the timeline for healing and emotional adjustment), the patient should have his or her TSH and T3 levels checked for possible low thyroid.